The Emir of Kano, Alhaji Muhammadu Sanusi ll on Friday  urged journalists to portray Nigeria in positive light to protect its image and attract foreign  investment.

Sanusi made remark in Kano in a message to the opening of the fifth edition of the annual workshop for energy reporters organised by the Kaduna Refining and Petrochemical Company (KRPC).

The Emir, represented by the Turakin Kano and District Head of Dala, Alhaji Abdullahi Lamido-Sanusi, said negative media reports had created bad image for the country at global level.

According to him, journalism profession has been infiltrated quacks who thrive in unethical behaviours and adverse yellow journalism.

“We must desist from Yellow journalism which is now the trend in the country; most of our reportage today is about portraying the country negatively instead ‎of positively. We are not doing the country any good.

“We are not supposed to publish everything that will portray our nation bad because whatever we publish is respected by the public.

“We should try not to cause chaos, subvert peace in the country. We are aware that the government is trying to fix some of the crisis in the country and it’s not easy doing that particularly in Oil and Gas industry which is the backbone of the nation’s economy.

“We should soften things; what is bothering me is how we are portraying the country bad, a situation you hardly find in other parts of the world.

“We must learn to report positively; that is the kind of journalism we want to see in this country,” the emir stressed.

Earlier, the Managing Director of KRPC, Mr Adewale Ladenegan said the workshop was organised by the company to ensure that media practitioners have the required knowledge and capacity to effectively report the oil and gas industry.

According to Ladenegan , the KRPC has between January and June “produced and delivered to Nigerians 236.48 million litres of Premium Motor Spirit (PMS).’’

He disclosed that the company has reacted its facilities to optimise production.

“The crude Distillation Unit was streamed on 4th December, 2017 and is still in operation, likewise the Naptha Hydro Treating Unit which was also re-streamed on the same day. 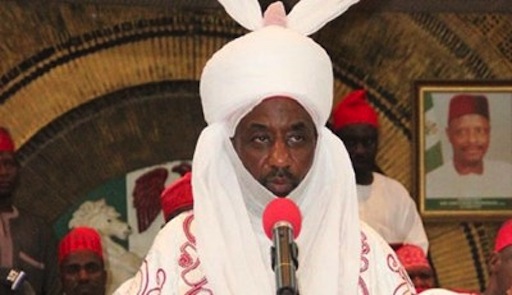 “The re-streaming of the plant could not have come at a better time considering the recent scarcity of petroleum products in parts of the country.’’

The managing director disclosed that the company had from December 4, released “16.1 million litres of PMS which is over 480 trucks into the market, thereby cushioning the effect of the scarcity especially the northern states and Abuja.”

The managing director, who was represented by Executive Director Services, Abdullahi Idris said the company has maintained cordial relationship with its host communities.

“We have been involved in so many community projects to support the people in the communities.

“Such projects include immunization and vaccination against deadly diseases, construction of boreholes, provision of classroom furniture, security sensitization programmes etc.

“We have so far trained and empowered 975 youths from various communities from 2008 to 2017; KRPC has a robust community relations practice,” he said.

Newsmen report that about 30 journalists drawn from various media outfits  are attending the workshop with the theme: “Towards enlightened reportage of the oil and Gas industry.”