10 music school students were given scholarship by the music legend, Evangelist Ebenezer Obey-Fabiyi at the maiden edition of the Ebenezer Obey Music Foundation (EOMF), scholarship awards in Abeokuta, Ogun State.

AiyeleruAbiodun Aron, and AdejoroAbiodunDairo from The Polytechnic Ibadan, Oyo State 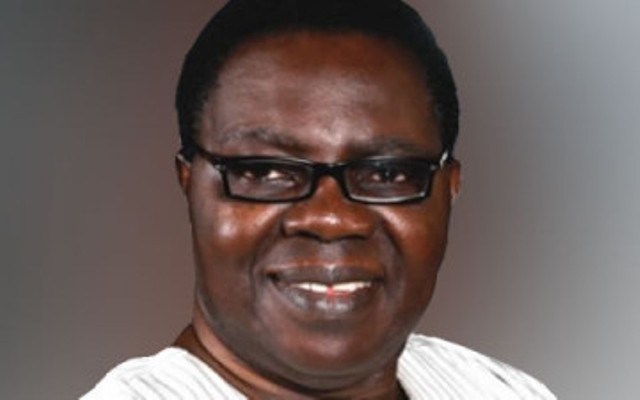 According to the vice chairman of the BoT of the foundation, Professor Saburi Adesanya, the beneficiaries of the scholarship were chosen on merit from various tertiary institutions, just as he advised them to be good ambassadors of the initiative, as well as make use of the opportunity to boost their music career.

The scholarships are in three categories of N100,000; N75,000 and N50, 000 to each university, polytechnic and college of education music students respectively so as to aid them in their academic pursuit and professional excellence in music.

The gesture was also extended to pupils of the Idogo-Ipaja Community High School as the music legend announced the sum of N150,000 to be given to the authority of the school to sink a borehole for the school and its immediate environs, so as to put an end to the difficulty to access good water.

The founder of the foundation, Evangelist Obey-Fabiyi, hinted that the event was a tip of the iceberg of the, noting that the Ogun State governor, Senator Ibikunle Amosun in company with royal fathers would officially inaugurate the EOMF, which consists of music and life skills institute, as well as CBT centre and modern recording studio.

Obey added: “I will forever be grateful to God for granting my prayers, even in my struggling days, when I saw myself as a future star. This vision became clearer when I launched the foundation on my 75th birthday. Its main objective is to give back to the society, especially through scholarship awards and the establishment of youth’s empowerment centre. I congratulate and urge the beneficiaries to make the best use of this golden opportunity by putting their best in their academics and professional pursuits. The token award is a seed into your future and it must be watered to grow and produce yields of musical excellence.”