The Independent National Electoral Commission (INEC) says it is confident that the 2019 general elections in Ebonyi will be peaceful and violent free.

The Commission also assured voters that their votes will count in the elections.

The Ebonyi Resident Electoral Commissioner, Prof. Godswill Obioma, gave the assurance on Friday in Abakaliki, when he addressed newsmen during the Commission ‘s 2017 Christmas Carol and Festival of Nine Lessons held at its headquarters .

According to him, the occasion of the Carol and nine lessons is used to reinforce the essence of Christmas which he said signified peace, love and unity, urging the people to live in unity and in peace with one another.

“Carol is peace. We are using the carol to celebrate the birth of Jesus Christ and in the process send messages of peace to our audience. 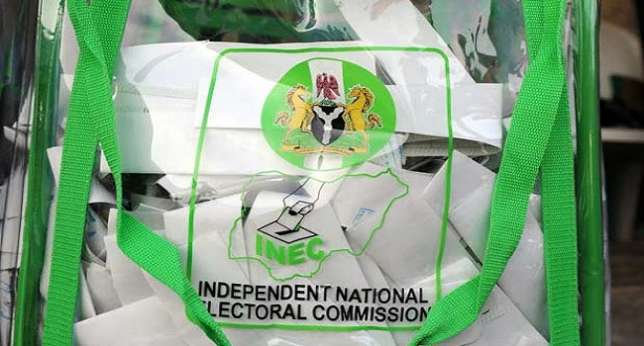 “So while celebrating the birth of our Lord Jesus Christ, we wish the people of Ebonyi peace, stability, unity and purpose of mind and wish them a new and prosperous happy year in advance, ” Obioma said.

The resident commission who expressed optimism on the conduct of smooth, credible and violence free elections in the forthcoming 2019 general elections in the state, urged politicians to play the game according to its rules.

He said that the anticipation of the Commission was that winners would emerge through popular votes and reassured that votes must count in 2019 elections.

He said: “We are independent umpires and we don’t anticipate anything but the best; our anticipation is that let the winners be sworn-in and let the votes count.

“The contending parties will campaign within the ambits of the law and electoral guidelines and will do it purposefully.

Obioma extolled the state for having a history of violent free elections in previous general elections and called for sustenance of the record.

He appealed to eligible adult electorate to take advantage of the ongoing Continuous Voter Registration (CVR) to register and obtain their voter cards to qualify to vote.

“We enjoin those who have attained 18 years and above to come out and register while those who have lost their Permanent Voter Cards (PVC) or whose PVCs are defaced should use the period of the CVR to renew their cards, ” he added.

He warned the electorate against selling their PVCs explaining that doing so would amount to self disqualification and self disenfranchisement.