2face Idibia
The eight days event will also have themed days, among which are the family day, food day, business and networking day, Tourism day, cultural day, youth and sports day and the countdown/firework finale, which another A-list act will headline.
“We are also expecting over 100 acts across eight days. We are leaving no stone unturned in ensuring that Ibadan will be as lively as ever this year. 2Baba is just a tip of the eye-bog among the others who will be unveiled at the event”, Alfred Emeka, one of the organizers said. 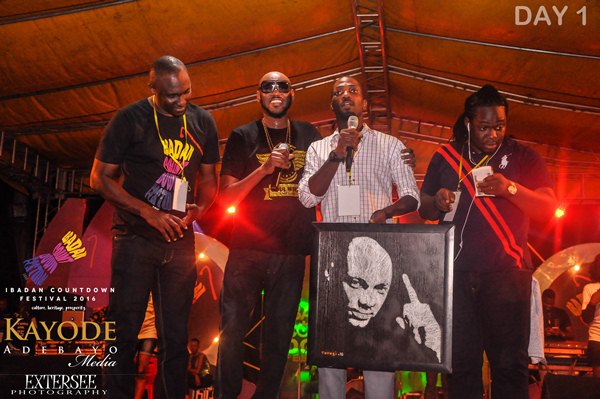 2face Idibia and Lafup on stage

(From L-R) Lamboghinny and DJ Banky