There is nothing new in having an apple or juicing them every day, but taking the time to explore new fruits, especially the exotic fruits grown around the world, can really make a difference in your diet and overall health. There are certain fruits that are indigenous to this country. Many people do not know about these fruits as they may not be seen in every part of the country. If you by chance know these fruits or happen to have tasted them before, then you are a true Nigerian.

Pepperfruit, Mmimi *to Igbos and Ata Igberi *to *Yorubas, *is a pungent spicy fruit. The fruits are small and resemble dates in size. There are unripe versions which are crunchy and green in colour, while the red, ripe ones are sweet with soft, juicy flesh. The taste of this fruit is reminiscent of menthol and at the same time spicy like green chillies, it has a ‘citrusy’ feel as well. The fruit is enjoyed alone as a snack or in combination with garden eggs or served alongside fried beef or sausages.

Jackfruit is a rather odd fruit, and it is often used as a vegetarian substitute for chicken and other meats. Native to parts of South and South-East Asia, the fruit has a prickly outer shell which helps prevent animals in the wild from eating it. It is a great source of phytonutrients and has cancer-fighting agents in it which, combined with minerals and vitamins, make it a great healthy fruit to ingest. Depending on how ripe it is when you eat it, you will get a blend of flavor ranging from bold (green and unripe) to extremely sweet (orange and ripe).

Jackfruit isn’t just delicious, it’s super-healthy. It is low in calories and is rich is dietary fibre. Jackfruit contains many vitamins and minerals, and offers numerous health benefits. The fruit’s antioxidants and phytonutrients mean that jackfruit has cancer-fighting properties. It is also known to help blood pressure, eye and bone health, ulcers and indigestion. It’s also easy to cook with. 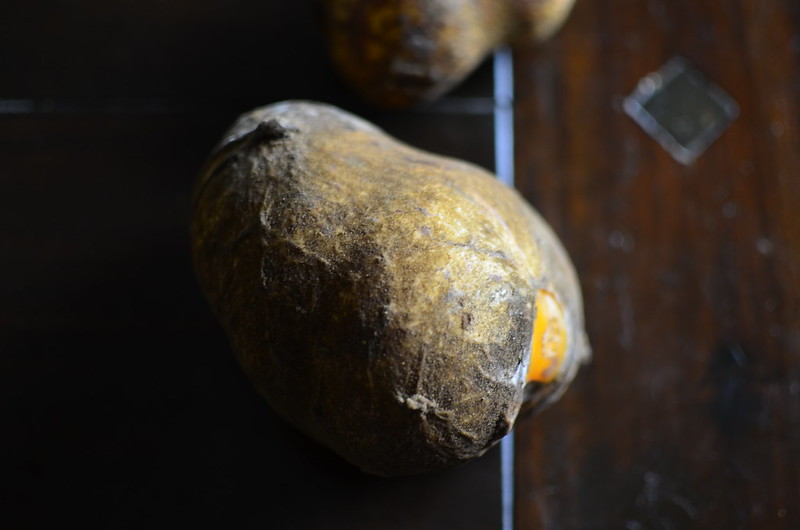 Related to the Kola nut, this ‘fruit’ is commonly eaten by moneys in the forest around southern Nigeria and Cameroun. This orange variety is one of several, including yellow and white. 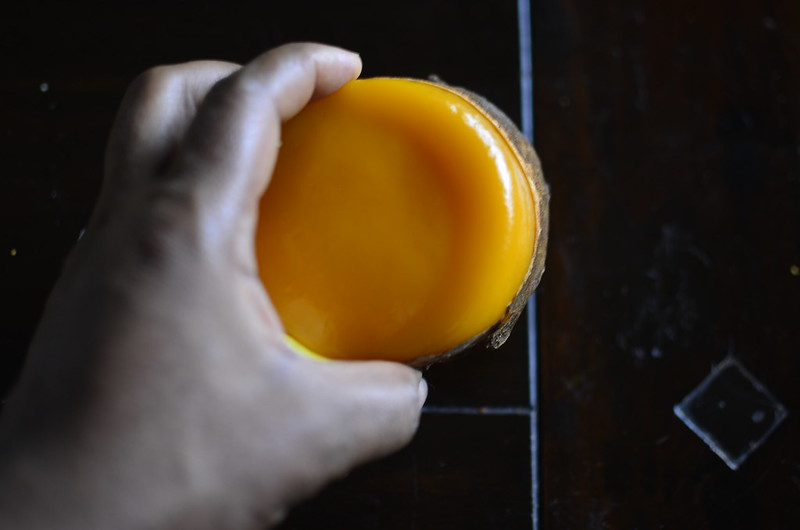 The fruits are eaten but the leaves are used in traditional medicine to treat eye infections while the stem bark is used for oral hygiene and to treat tooth ache.

Although monkey kola is a scarce snack, it is highly nutritious, filling and delicious.

.This fruit looks like red grapes but they are not. The Yorubas call them Olohun; often sold in piles or loose form, children enjoy eating this fruit. Once eaten, it has the ability to turn your tongue purple. 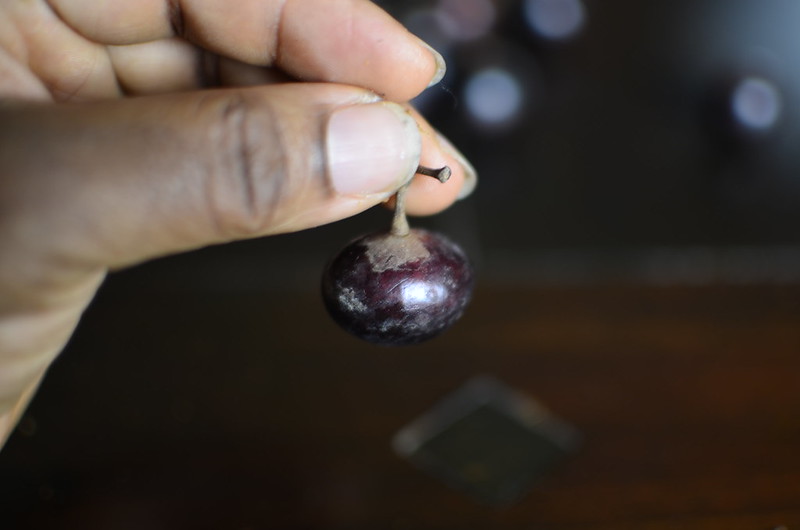 The fruit is a thick-skinned berry and typically measures 3–4 cm in diameter. The fruit resembles that of a slip-skin grape. It has a thick, purple, astringent skin that encases a sweet, white or rosy pink gelatinous flesh. Embedded within the flesh are one to four large seeds, which vary in shape depending on the species; Wikipedia 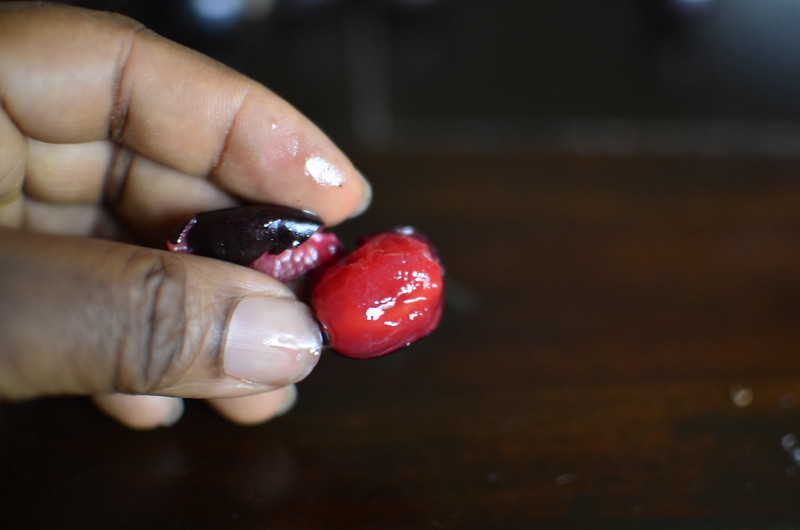 Ube Okpoko (Igbo) or Atili *(Hausa) resembles the *Ube *but is quite different. *It is small like an olive, and oilier than its counterpart, but also has a similar avocado pulp like the *Ube; *it is sold in tiny cellophane bags which contain about a dozen and is sprinkled with a little salt before eaten. It is better to rinse these ‘olives’ off first, if you are the fastidious type, and then sprinkle with salt to enjoy. 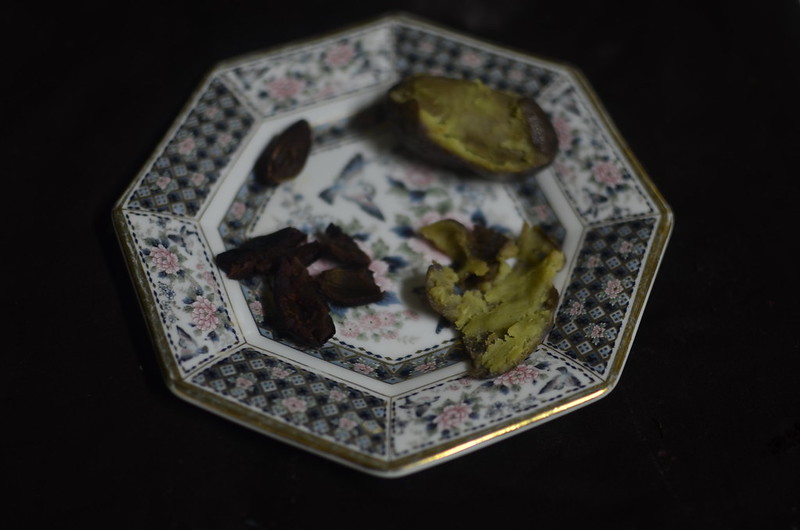 The June plum differentiates itself from other plums not only because of its plant family and its growing region, but also its large, oval shape, thick skin and tropical bouquet of flavors and aromas it permeates when harvested. 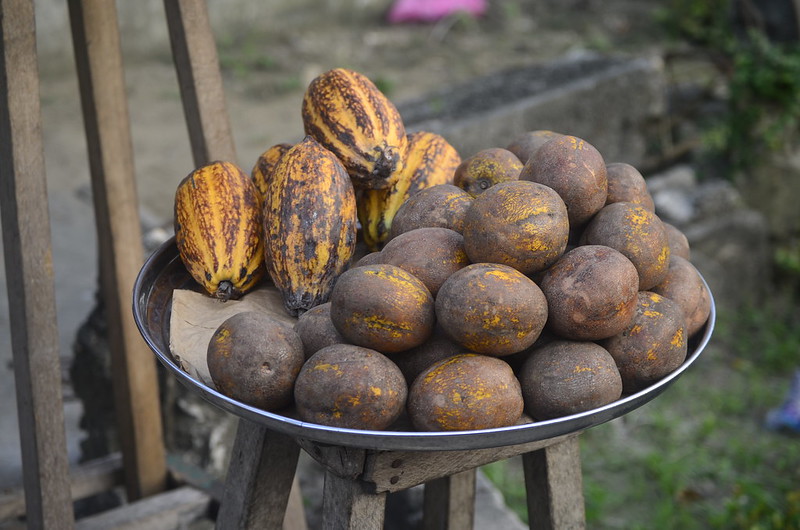 The June plum has a creamy colored semi-acidic firm flesh with flavors of pineapple, mango and apple. When mature it reveals aromas of sweet summer melons and its skin eventually ripens from lime green to hues of rose and orange. 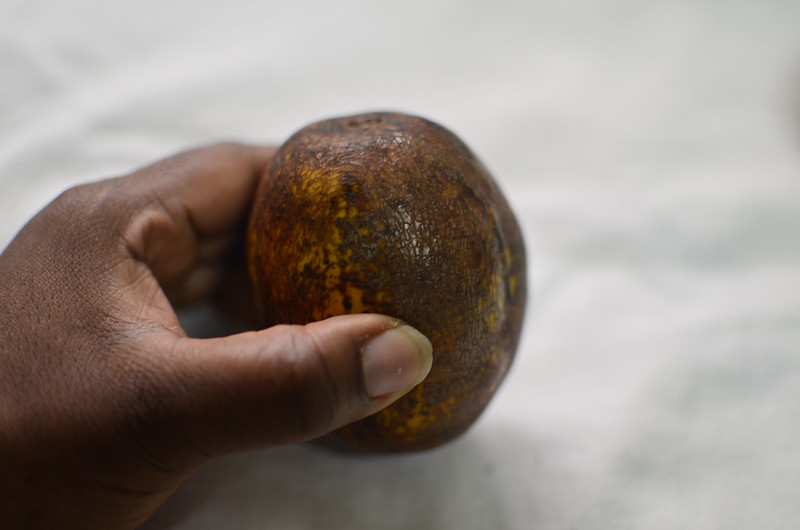 All you need to know about this fruit is you should never just take a bite. It has a big-a** spiky seed that could wreck havoc on tongue and mouth. Beware.

Saying that, it is a delicious ‘plum’, which made a gorgeous pepper jam, served at a Christmas table past. 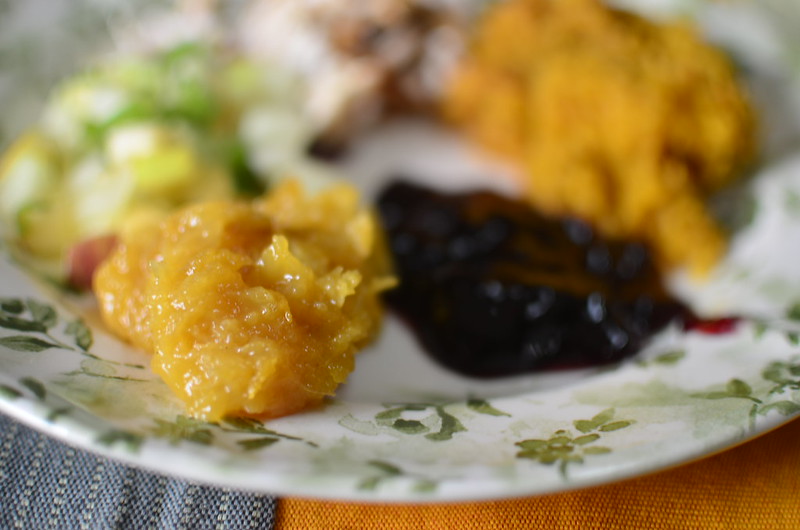 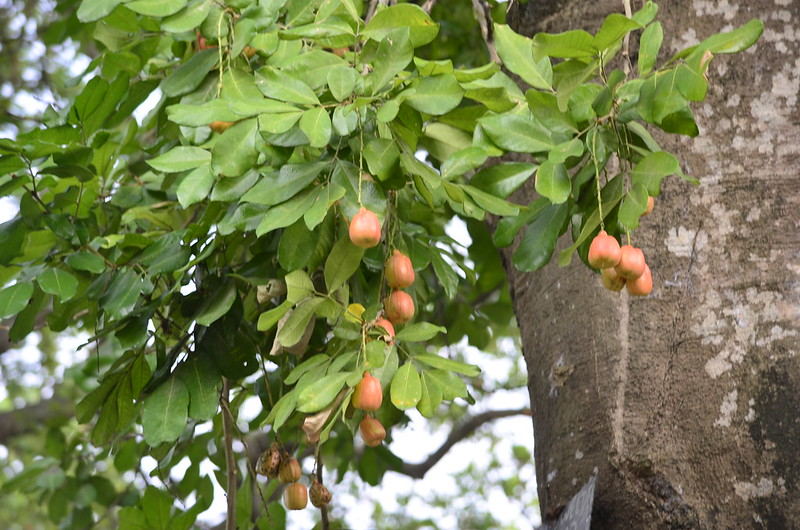 The ackee tree is indigenous to West Africa, where it is called ankye or ishin. Thomas Clarke, Jamaica’s first botanist, introduced the plant to the island in 1778. However, the ackee tree, Blighia sapida, was named after the infamous Captain William Bligh who took the breadfruit tree to the West Indies. The tree also grows in other West Indian Islands such as Cuba, Haiti and Barbados, in Central America, and in Southern Florida; eMedicene

Google led me to the Ackee, which is surprisingly indigenous to Nigeria and West Africa, not Jamaica where it is soooooooooo well know. 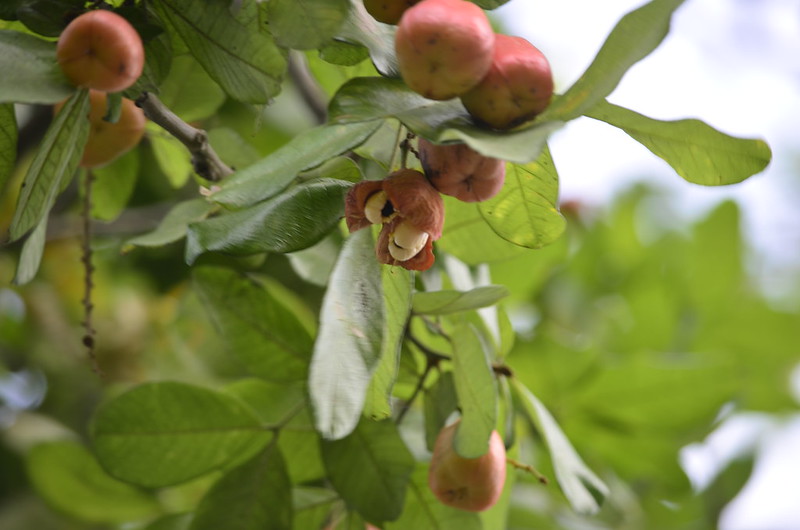 An association between ackee poisoning and Jamaican vomiting sickness was first noted in 1875 and documented in 1904. In 1937, Jordan and Burrows found a water-soluble toxic material in the seed and pods of the ackee fruit. In 1954, Hassal et al were the first to isolate 2 toxic compounds in their crystalline form. These compounds were called hypoglycin A and hypoglycin B because of their hypoglycemic activity; eMedicene