The following preview has been approved for appropriate audiences by the Nigerian bloggers association (NBA). No fiction, no psuedo or cloned animal was used in this article, they are all real. 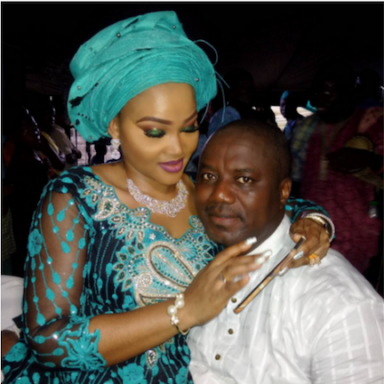 You all know she married a POLICEMAN so i would be brief. Mercy aigbe married her colleague husband, bimbo akinsanya, she initially debunked it, she called it a rumour until we saw pictures from the wedding. Well, rumour has it that she married her husband, Larry Gents, an hotelier for his money. Mercy’s hubby has two wives. She is number two and she’s very happy playing that role. In one of her recent interviews, the yoruba actress shared her experience in a polygamous home She said; “There is no problem because my lyale (The first wife) doesn’t even live in Nigeria. She lives in the US with her kids, and she hardly comes around. In Nigeria, I’m the only wife and she is like a senior aunty to me. It is people outside that create problem, when there is no problem. She has lived abroad all her life; she hardly comes home. She is even happy I’m married to her husband. She is like a big aunty we talk all the time,” 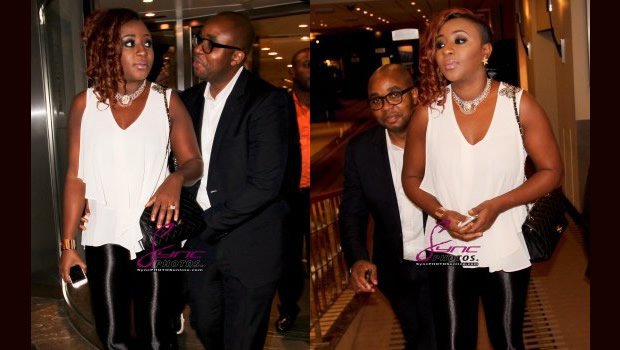 When news of Ini Edo snatching an innocent woman’s husband hit the blogosphere, the actress was quick to rubbish the media for improper reporting. The actress was warned by his wife not to go near her promiscous husband as she would end up miserable.

Ruth who was then married to the man warned Ini to steer clear off, she made mention of how her husband abandoned her and the family when she had cancer. See the open letter Ruth had written in 2007 “Hi Ini, I have information that you are having an affair with my husband, Philip Ehiagwina. He has been deceiving girls all over the place, making them believe he has heaven and earth. You are not the only girl obviously, but Ini watch your back so you don’t regret, I have nothing against you but a piece of advice. I heard that you might be pregnant for him, if it’s true, good luck. I called your manager and told her everything. You are a very pretty girl and should know how to respect your body. Do not be carried away by flashy things cause that could be deadly too. All that glitters isn’t gold, remember.” As the Igbo would say it, to be forewarned is to be forearmed, Ruth has now been vindicated after the crash of her marriage with the man. Erm, we shouldn’t be one-sided here, there were reports online Ini Edo was found at different clubs on the island drunk and stoned, looking totally embarrassing for a married woman. 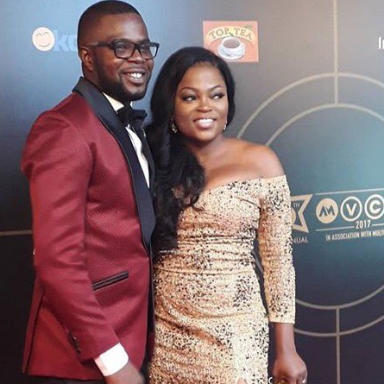 The handwriting was clear for Aunty Funke to see, why on earth would you walk down aisle with someone who already has 6 kids from 3 women? She married one Mr Oloyede in a very glamorous wedding and I tell you, that is the shortest celebrity wedding in the Guinness book of records, the actress was divorced in the most bizarre away ever, she got to find out the Mrs in her name flew out of the roof on Facebook. 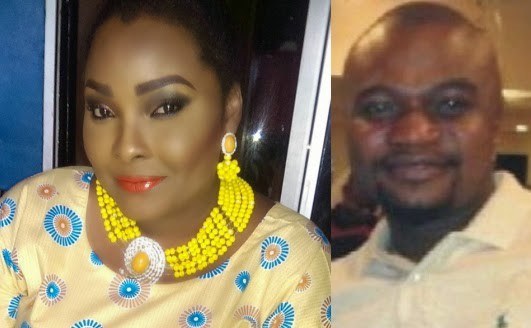 Nollywood Yoruba Actress Flakky Ididowo secretly stole and married her Chicago based business man, Femi Anibaba whom she met 3years ago through her colleague Liz Da Silva. Naijanewsrave also reported that the two love birds were planning for their white wedding in a grant style until news hit the media she allegedly ‘snatched’ another woman’s husband.
The wife of Femi Anibaba, Folape Sokoya claims she has been married to the millionaire dude for 12years and that they have three Children together, but flakky ididowo didnt give a flipping coin, she went ahead to cage the man. Wonderful 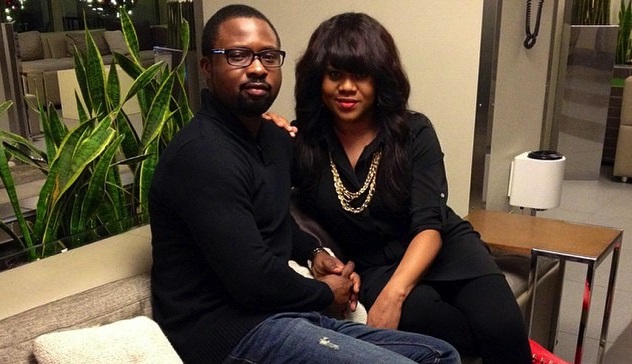 Aunty Stella popularly known and labelled as agbaya (a reckless cougar) by Toyin Aimakhu, her colleague and vice president of Actor’s Guild Of Nigeria(AGN). Before the beautiful couples marriage hit the rock, report went viral that Aunty Stella was harbouring Doris Simeon’s husband but she debunked it, called it an absurd and senseless report.

The duo are all over radio stations professing their loves for each other, while the poor Doris Simeon life has been shattered. Doris Simeon and Daniel Adenimokan are blessed with a kid, while aunty stella has three daughters 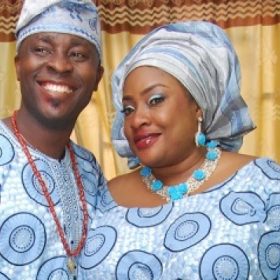 This one is hardcore and has no iota of shame in her, mother of all gangsta. She snatched the husband of a pastor, leaving the poor woman home broken.

Bukola, a Pastor in the Redeemed Christian Church of God, packed out of her matrimonial home in Omole, Lagos and went away with her three children and bulk of the family’s property. I can vividly remember at that time Foluke vehemently denied the allegation in an interview she Granted. The actress, who wondered why a woman could pack out of her matrimonial home all because of rumours, maintained that the matter between the once happy couple had nothing to do with her. Read the interview below; ” The issue between Mr. Kayode Salako and his wife, Bukola doesn’t have anything to do with me. I have not met Pastor (Mrs.) Bukola Salako before and I don’t have any idea of what is going on in their house. From what Kayode told me, they have been married for 13 years and the woman left with their properties and four days later, she sought for divorce, is that about me? “Whatever problem they have in their family is beyond me, for a pastor to leave her house just like that and pack all the properties and sought for divorce is beyond me. Did I go to their house with cutlass to ask her to leave, what would I do that for? “All I have with Mr. Kayode Salako is about Change Agents of Nigeria Network, so I don’t know anything about what is going on in their family,” she quipped However, The Nut Shell broke when Foluke Daramola’s very Close friend Bukola Fasuyi Came out of the Closet and Exposed All of her secrets, She Revealed How she introduced Foluke to Kayode And accused them of having an improper marriage and also verified the fact that Foluke used diabolical means with the help of an herbalist to obtain Kayode Salako. 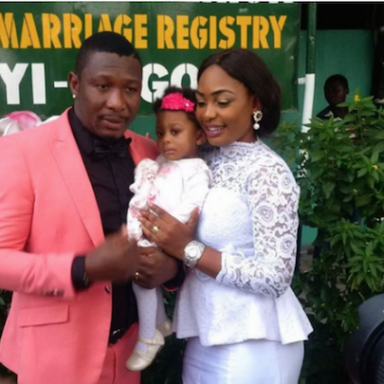 Nuella’s name has been alien to 99.8% of Nigerians until news hit the blogosphere a fast rising actress broke her colleague’s home. And of course, she was quick to dismiss the news she was sleeping with ace nollywood producer, Tchidi Tchekere — the producer who is married with 3 kids to sophia tchekere, another beautiful actress, the producer ended his six years marriage with Sophia and moved in with Nujella at a new apartment in ajah. 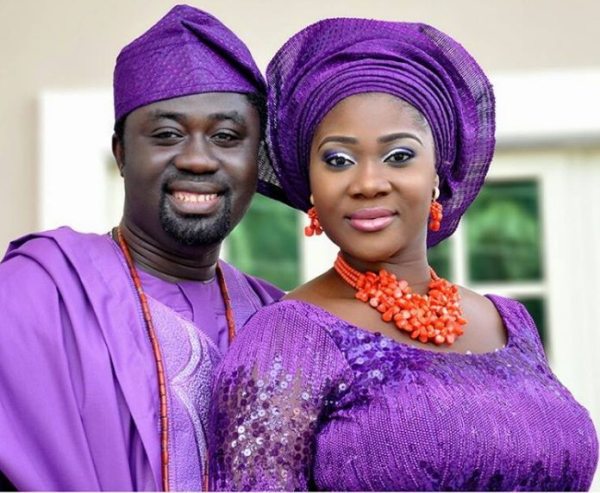 As far back as 2011 Mercy Johnson started the trend of husband snatching in Nigeria Naijanewsrave recalls one Mrs lovely okojie issued a public plea to mercy Johnson to please release her husband and find a single man for herself. The poor woman and mother of two pleaded with the female actress but she turned deaf ear to the woman plea In case you missed it, you can read the letter below; My name is Lovely Okojie, legal wife of Prince Odianosen Okojie, the man Mercy Johnson is set to wed in a few weeks. I was refered to you to help me share my story after all else had failed to stop another woman from breaking my home. I used to have a sweet home but now Mercy Johnson is trying to destroy it. I’ve not been able to stop crying or sleep well for the past few months. I’m appealing to the world and whoever knows her to please tell her to leave my husband alone. I’m married to this man and there has never been any divorce paper signed. We are still legally married, he’s the love of my life and the father of my two lovely kids. We got married back in 2006 in Regio-Emilia, Italy, attached are pictures of the wedding. At the moment, he’s busy in Nigeria planning to wed Mercy Johnson, abandoning me and our children. Fellow women is this fair? So with all the single guys out there, Mercy could not find her self one. How can a woman not care that she’s destroying the home of another woman, all in the name of getting married desperately. I’m in terrible pains. What do I tell my children? I feel touched anytime I read the woman’s heart cry, what a wicked world. The letter didn’t stop odianson okojie from getting married to mercy Johnson at the Christ embassy church in oregun Lagos My advice to every woman out there is to be cautious when you see all the single female celebs in your home. They don’t come for struggling men, they go for big fishes who will give them all the glitz and glamour attached to a celeb life. If your husband maintain they are just business partners, all you need do is make sure your curb your husband or be close friends with them by crook, fire, thunder or brimstone.