Since the advent of Buhari-led administration, here are some of the astonishing senators that have been making the Upper chamber bustling. No doubt, their contribution to the present administration, positive or otherwise have set the pace going democratically.

Bukola Saraki is a Nigerian politician who is the current President of the Senate of Nigeria. Previously he was Governor of Kwara State from 2003 to 2011.

She is the former first Lady and currently a Senator representing Lagos State. She is a member of the All Progressives Congress, vibrant and article at the upper chamber of the National Assembly

Ike Ekweremadu is a Nigerian politician and lawyer from Enugu State who has served in the Senate of Nigeria since May 2003. He is a member of the People’s Democratic Party (PDP).

Ben Murray-Bruce, MON (born 18 February 1956) is a Nigerian business magnate and politician. He is the founder of Silverbird Group. A member of the People’s Democratic Party, he was elected to the Senate of Nigeria in March 2015, and currently represents the Bayelsa East constituency, in Bayelsa State, Nigeria. 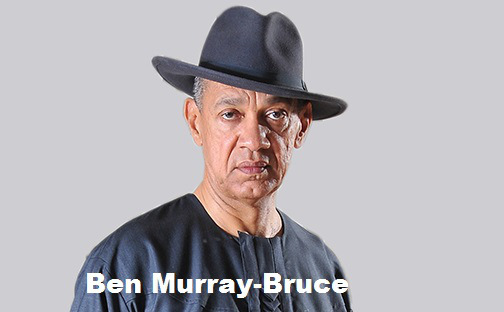 Princess Stella Oduah-Ogiemwonyi (born January 5, 1962) was the Nigerian Minister of Aviation. She was confirmed to the post and sworn in on July 2, 2011.and was deployed to the Ministry of Aviation on July 4, 2011. She was however relieved of her duties as Minister of Aviation on 12 February 2014. She was also active in the political campaign of former President Goodluck Jonathan, where she served as his campaign’s Director of Administration and Finance and currently a Senator of the Federal Republic of Nigeria.

Christopher Omoworare Babajide (born 31 October 1968) is a Nigerian politician who was elected Senator for the Osun East constituency of Osun State, Nigeria

Shehu Sani (born 29 October 1967) is a Nigerian Senator,[2] an Author, Playwright and a renown Human Rights Activist. He is the President of the Civil Right Congress of Nigeria – (CRCN) and the Chairman of Hand-in-Hand, Africa.
He was a leading figure in the struggle for the restoration of democracy in Nigeria. He has been arrested and jailed by past successive military regimes in Nigeria. He was released from life imprisonment when Democracy was restored in Nigeria in 1999. He contested and won the Kaduna Central Senatorial District on 28 March 2015.

A civil rights activist and former member of the House of Representatives who is now a Senator representing Kogi West Senatorial District.