Folorunsho Alakija, a 65 year old woman is the richest woman in Nigeria. She is a business magnate who has her hands in oil and printing industries.Mrs. Alakija has proven right the adage which says “what a man can do, a woman can do better”. She has succeded in more both of her businesses and managed to accumulated more wealth than most Nigerians can ever dream to have. So to get to know this beauty and brains, here are nine facts about her:

1. She is worth $1.87 billion and is ranked one of the most powerful women on earth.

So she says “Money has nothing to do with love. Love comes from within. Money is something you acquire along the line. Only love keeps people together. From the time that we started courting, it has been like that, and we thank God that to His glory, we’ve known one another for 40 years. I pray also that God continues to unite us. I believe that if love is the foundation of a union, God will prove Himself faithful.”

2. Her father was Chief L. A. Ogbara and the Ogbaras are a prominent and wealthy family in Lagos. Her father had eight wives and 52 children in his lifetime (now left with 46). Her mother was his first wife. Folorunsho and her sister “It was a happy childhood, I enjoyed growing up. I learnt a lot with my guardian (Mrs. Coker), which was a totally different set-up to my mums. She taught us etiquette, how to sit at a table, went through our homework with us and it was from there actually that I left for England at 7.”

3. She schooled in the UK. She first went to study Secretarial Studies at Central College, Pitman but ended up at American College London and then Central School of Fashion to study Fashion design. “I am a very proud Nigerian. I have travelled far. I have travelled the world over, I have been travelling since the age of seven. I started off as a secretary to a bank’s managing director but that was not what I wanted. It was my father that set me along that path.” 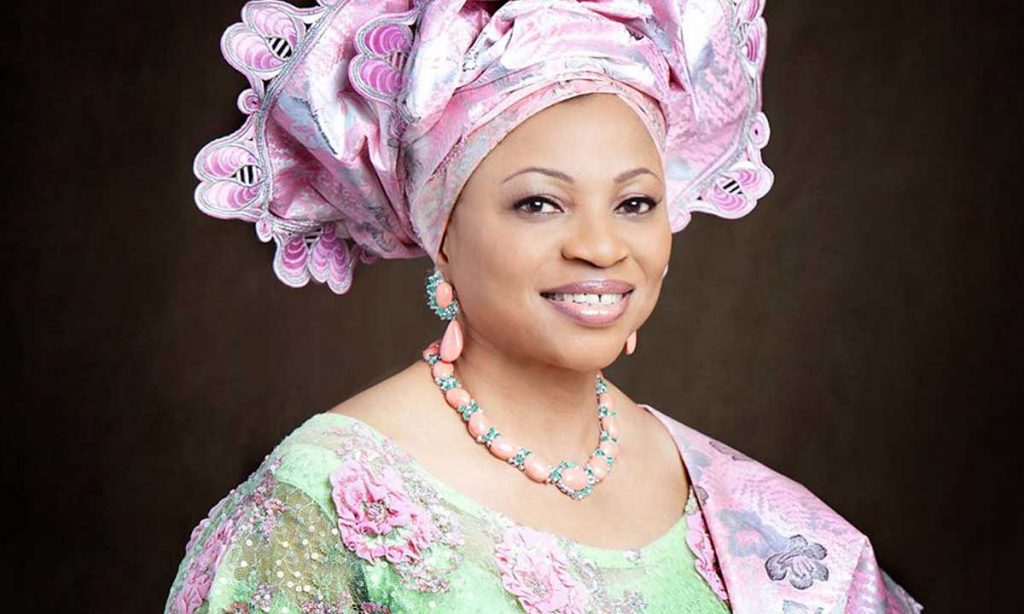 4. By 1974, her fashion influence was so great she became the National President of the Fashion Designers Association of Nigeria (FADAN). Today, she remains the Permanent Trustee of the organization.

5. By 1993, she applied for an allocation for an Oil Prospecting License (OPL), which was her first move into the oil industry, and got the license by August 1993. Her company, Famfa Limited is now unstoppable. “Of course, we were novices in the industry and after about three months of negotiation, we signed the dotted lines. To the glory of God, we struck oil in commercial quantities and we were told that oil has been collecting in the field for 17 million years. We just consider ourselves very lucky to have been allocated that oil field and they regretted it of course but the rest is history now.”

6. In 1976, she got married to the love of her life, Modupe Alakija and eventually involved he and her four sons in Famfa Oil. Her husband is the Chairperson of Famfa Oil and she is the executive Vice President. Folorunsho with her husband and children “My husband is my best friend, biggest adviser and supporter. We’ve known each other for 40 years and have been married for 37 years now with four boys. Even though we work in the same office, I always ensure that we kiss twice in a day, morning and night.” “I also prepare his special vegetable dish, does his manicure and pedicure regularly. I also go to the airport to pick him whenever he is returning from foreign trips. No marriage survives without love, respect and support from the couple.”

7. She is from a Muslim background but settled for Christianity in her adult life. “I don’t see any reason why anyone shouldn’t successfully combine his or her faith with affluence. As far as I’m concerned, wherever we get to in life is not because of what we have done, but because of what God has done through us. If God does not approve our success, we can never get there but can only try!”

8. She has her autobiography which is called: Growing with the Hand That Gives The Rose. “I’m grateful to God for making me who I am, and the way I am. I always look back and remember that nothing is as a result of what I have done but for what He’s done through me.”

9. She has a Rose of Sharon Foundation, a faith-based, non-profit organization which focuses on assisting the most vulnerable people in the society, including widows and orphans. “We try our best to bring hope back into their lives…the foundation has been able to fend for 2,751 widows and 963 widows’ children, 66 orphans and actually 11 widows at university through the foundation.”