Her statue which was worked in May twentieth, 1954, remains at the Ore Oghene Street, opposite the Oba Market, Benin City, Edo state, and it affirms of her life and deeds while alive.

As a market lady, Emotan sold foodstuffs in the Oba market amid the rule of Oba Ewuare, the twelfth Oba of Benin, around 1440AD.

Depicted as an extraordinary ruler, a regarded pioneer and warrior, Ewuare was said to have made numerous adversaries including his more youthful sibling, Oba Uwaifiokun, who ursurped him from the position of royalty and after that contrived with his chiefs to execute him. 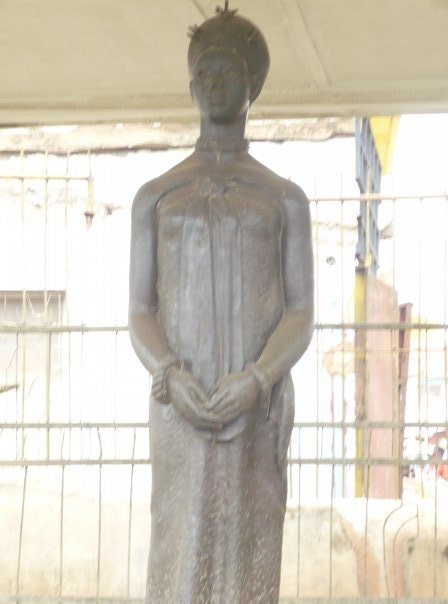 Emotan got wind of the conspiracy and revealed it to Oba Ewuare. She also protected him by hiding him in her hut. She was said to have shown immense kindness to Oba Ewuare when he was fighting to regain his throne back.

So, when When Ewuare regained his throne, Emotan became a favoured citizen. When she died, her good deeds were not forgotten.

To compensate her kindness, Oba Ewuare ordered that her body be buried at the Oba market, in the same spot where she used to trade and a tree was planted on the grave site. She was also to be worshipped as the mother of love and kindness.

Emotan was also credited to have founded the first informal daycare centre in Benin as her hut was a popular make-shift nursery for the children of families patronizing the market.