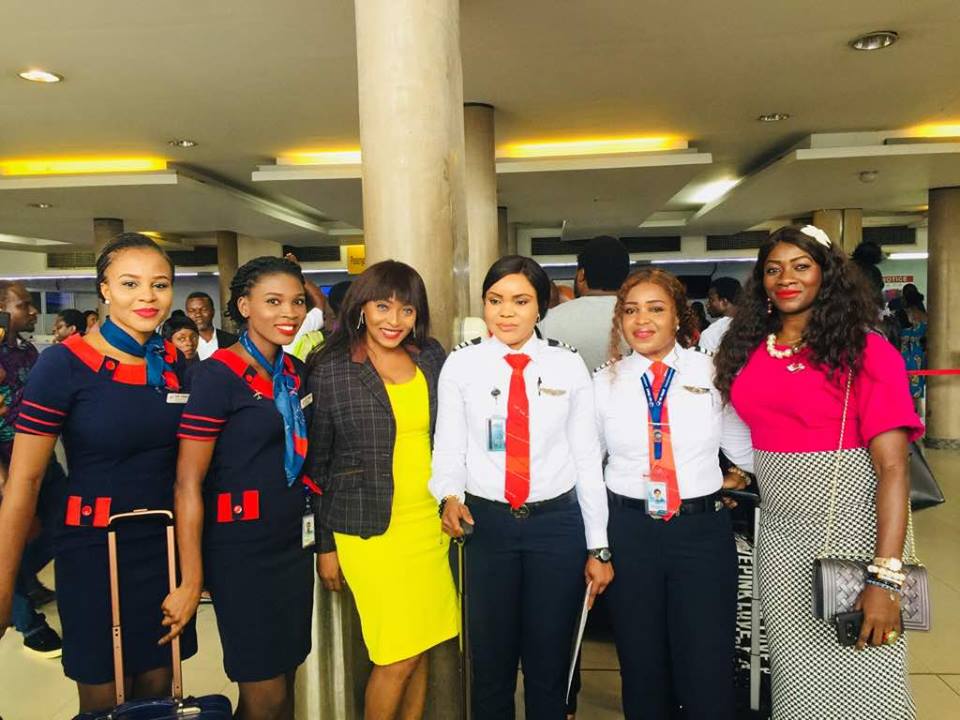 The all-female flight, which took off from the Murtala Muhammed Airport, Lagos, was operated days after Air Peace produced its first female Captain, Sinmisola Ajibola.

The flights, the airline said, were in honour of Sinmisola, to promote gender equality in the nation’s aviation industry and project Nigerian women as capable of standing tall among both their male and female counterparts across the world. The Boeing B777-300 aircraft with Captain Simisola in command and co-piloted by Senior First Officer Quincy landed at the Nnamdi Azikiwe International Airport, Abuja at 3.29 p.m. to a spectacular water salute performed by men of the Fire Service Department of the Federal Airports Authority of Nigeria and a rousing welcome by passengers, government officials, aviation regulators and other well-wishers.

From Abuja, the aircraft flew into the Sam Mbakwe Cargo Airport, Owerri and touched down at 6.00 p.m., receiving another plume of water salute and warm welcome from passengers, airport workers and well-wishers. 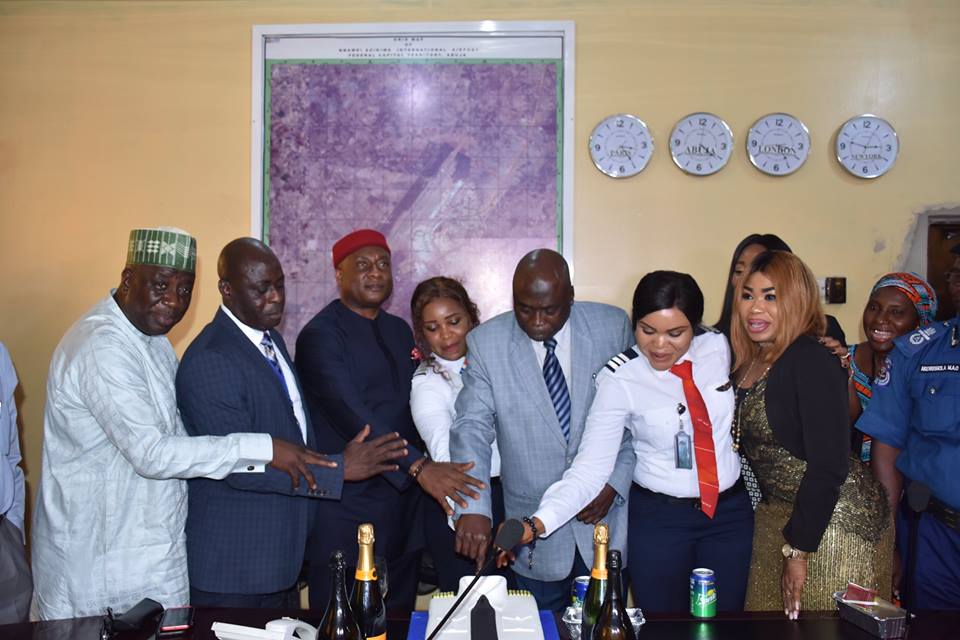 Other females involved in the operations were B1 Engineer, Justina Etim, who signed out the aircraft in Lagos and dispatchers Chisom Onyeakposi and Olubukola Olajiga. Ladi Amadu and Loretta Ekeh dispatched the flight in Abuja and Owerri respectively. 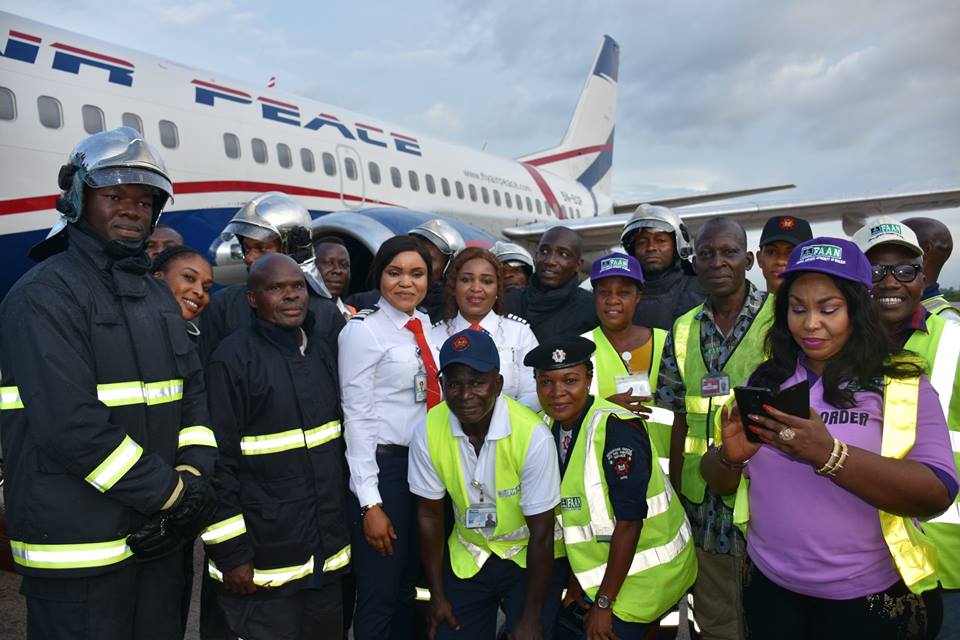