Argentina defender, Javier Mascherano has revealed that Argentina is grateful to the Super Eagles. The former Liverpool player said Nigeria has given them the hope of making it to the round of 16 of the Russia 2018 World Cup after defeating Iceland on Friday. 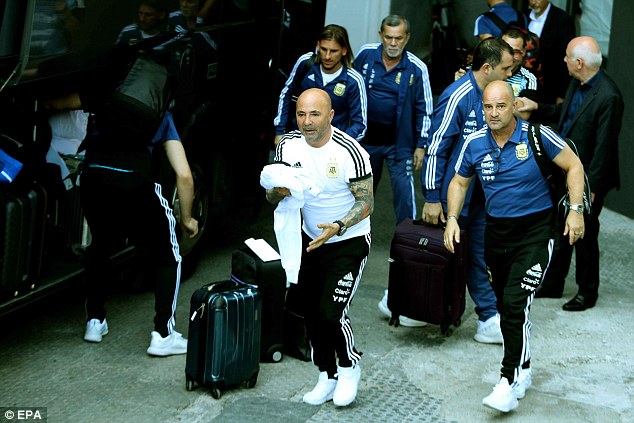 Nigeria will face Argentina at the Krestovsky Stadium, Saint Petersburg on Tuesday to determine who joins Croatia to the knockout stage from group D.

Croatia’s 3-0 win left The White and Sky-Blues in crisis and they would have all but been eliminated from the World Cup if Iceland had beaten Nigeria two days ago.

The South Americans celebrated Nigeria’s win over Iceland and can still qualify for the knockout stages with a victory against the Super Eagles and Iceland do not beat Croatia.

”We know about the noise around the team. We try to live with that. But we worry only about things we can control. On Tuesday, we will seek qualification to the next round,” Mascherano told reporters at Sunday’s press conference.

”The result between Nigeria and Iceland was the best that we could have hoped for. That gives you the chance to say ‘destiny is giving you another chance.’

”But this is not only about the mood, the team needs to perform better. The performance is what shows you the reality.

”That is why we gathered together, with the idea to work this out. We will try to do our thing with an eye on the other match.”