Mr. Dayo Adeshina, the president of Nigerian Liquefied Petroleum Gas Association (NLPGA) has discloed that about 30 million households and more than 100 million Nigerians depend on firewood for cooking.

We learnt that Adeshina said many Nigerians cook with firewood in spite of its attendant collateral damage to the environment and their immediate health.

Accordingt o a report by Premium Times, Adeshina noted that the use of the LPG, popularly known as cooking gas , should be encouraged in the country to achieve the aims of the Paris climate change agreement, facilitated by President Muhammadu Buhari’s government.

He advised the Nigerian government to promote the usage of LPG among Nigerians. 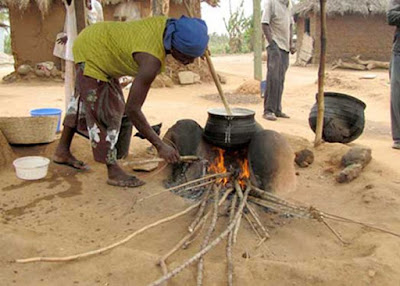 Similarly, Adeshina commended the government for the ratification of the Paris agreement on climate change.

With the ratification of the pact, the association said, Nigeria has committed to reducing greenhouse gas emissions unconditionally by 20 per cent and conditionally by 45 per cent.

The Paris agreement, the statement added, was expected to deliver $100 billion per year by 2020 in support of developing countries to take climate actions.

Adeshina, therefore, enjoined the government to ensure full and speedy implementation of the agreement, adding that poor implementation could deny the country its benefits.

Ihaza said he has acquired about 453.9 hectares and revealed this while speaking at a forum organised on Environmental Impact Assessment (EIA) of the proposed refinery in Benin, said that the project would cost over $2 billion.