To spice things up, Big Brother ordered the Housemates to own their silliness in animal costumes and what we know is, there’s always hidden interpretations of everything.

Without Big Brother’s hand, each of the housemates rummaged through the junk in search of a costume that would suit them best. These are the animals they chose:

Yellow definitely looks good on her and that chick outfit complements her perfectly. We just feel like going “chirp chirp chirp” in an American accent when we see her in the chick costume.

Is it just we or Alex hasn’t quite rested since she took on her bumble bee status? What a befitting costume for one of the busiest Double Wahala Housemates. If she’s not trying to understand stuff, she’s explaining stuff or well, crying about stuff. 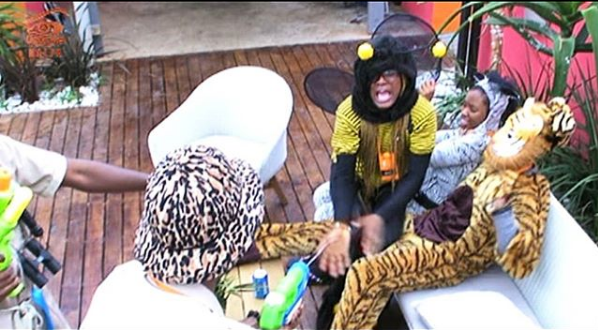 She was one of the first ladies…actually the second lady to make Head of House and as the site states, the zebra’s enormous self-confidence gives them an unusually swaggering gait. Of course, Bambam wouldn’t have made it if she weren’t confident enough.

“Rabbits are astoundingly cute and rely heavily on their soft personalities and vulnerable appearance to succeed”, need we say more when it comes to Cee-C?

Remember how Lolu nailed the Secret Task to get one of the Housemates to fall in love with him with ease? That’s typical sheep characteristics, usually very quiet and gentle and often get their way because they are so loved by humans.

In her profile, Nina said if she were an animal, she would be a cat with nine lives for all the challenges she has gone through and overcome.

Gorillas are capable, happy-go-lucky individuals with a disarming naivete. And just like the gorilla, Rico Swavey is a charmer. 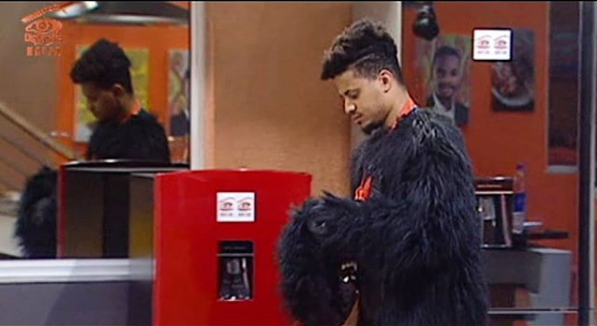 Teddy A the Tiger
Have you seen how ripped this brother is? Tiger stripes have nothing on that six-pack. Tigers are also handsome and powerful people with an innate self-confidence and elegance and that’s just so Teddy A.

The Destruction boys aka Toracle the hunters

Tobi and Miracle have a thing for power and of course, they would go for the hunter kits as opposed to animal gear and uhmmm we love that they love to lead but they are dealing with very tough subjects. 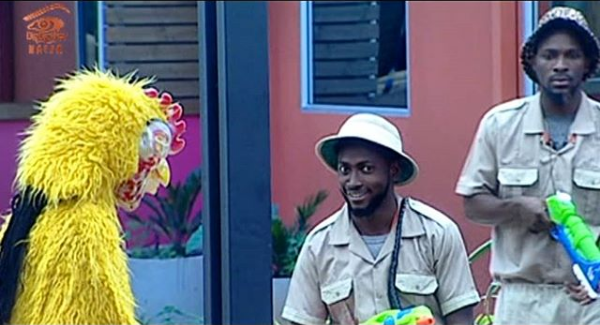