Centuries ago, at the time when Benin was called Igodmingodo, that geographical area known as Benin, was the hub of a Conglomeration of little towns that developed and spread into most of the areas of modern Bendel State. However, as time went by, the name was changed to Edo State, harboring the Bini tribe: Africa’s most popular and artistic people from Nigeria that built the precolonial ancient and powerful Benin Kingdom.

The Palace Of The Oba Of Benin.

The Edo people are the ancient ‘Kwa’ language Bini-speaking groups who occupy South/Mid-Western Nigeria now called Edo State. The Edo/Bini-speaking ethnic groups include Esan, the Afemai, among others. They are descendants of the people who founded the ancient and mighty Benin Empire, therefore, the term ‘Edo’ refers to these people who have shared historical origin as well as political and cultural similarities.

The Oba of Benin or Omo N’ Oba, is the traditional ruler of the Edo/Bini people and head of the historic Eweka dynasty of the Benin Kingdom. The title ‘Oba’ was created by the Oba Eweka 1 , the Kingdom’s first Oba. The Benin homeland (not to be confused with the modern-day Republic Of Benin, which was formerly known as Dahomey), has been, and continues to be mostly populated by the Edo (also known as Bini or Benin ethnic group).

Bini Kingdom has been known to have very significant traditional role for the Coral beads. They have mainly two kinds of Coral beads; ‘Ivie’ and Ekan’. They are both members of the Coral beads family. Corals are mined from Coral stones in oceans and polished to jewelries. ‘Ivie’ is a specie of Coral beads, an important type of jewelry worn by Edo Chiefs. ‘Ekan’ looks like a stone and is grayish in color.

Renowned for its Brass casting, Bini Kingdom is the home of art and craft in Nigeria. Bini art cuts across different media such as Bronze, Brass, Terracotta, Ebony wood, and Ivory. The Bini Bronze mainly depict a variety of scenes including animal, fish, humans, and scenes of court life. They are usually cast in matching pairs. It is thought that they are originally nailed to the walls and pillars in the palace as decoration, some possibly offering instinctive scenes of protocol.

The people of Edo/Bini tribe are well-known for their traditional attires epitomized in the traditional male mode of dressing. A flowing agbada made with Ankara, Voile, Lace, Jacquard, or Guinea cloth material worn over a trouser and topped with either a long or short-sleeved loose shirt of the same material, and an embroidered cap and carved walking stick compliments this dressing. For some traditional rites, the white wrapper is usually tied around the waist, and Coral beads are popular among the men and women folks.

A rich tradition and festivals of Masquerades is one of the compulsory practices of the Bini tradition. The people use this to appease the various gods and goddesses, initiate men and women into age-grades, or as a traditional get-together. The most prominent is the ‘Igue’ Festival celebrated in December by the Oba to usher into the new year as a thanksgiving for the outgoing one. It even attracts tourists from Nigeria and abroad due to its flamboyant and lively nature. 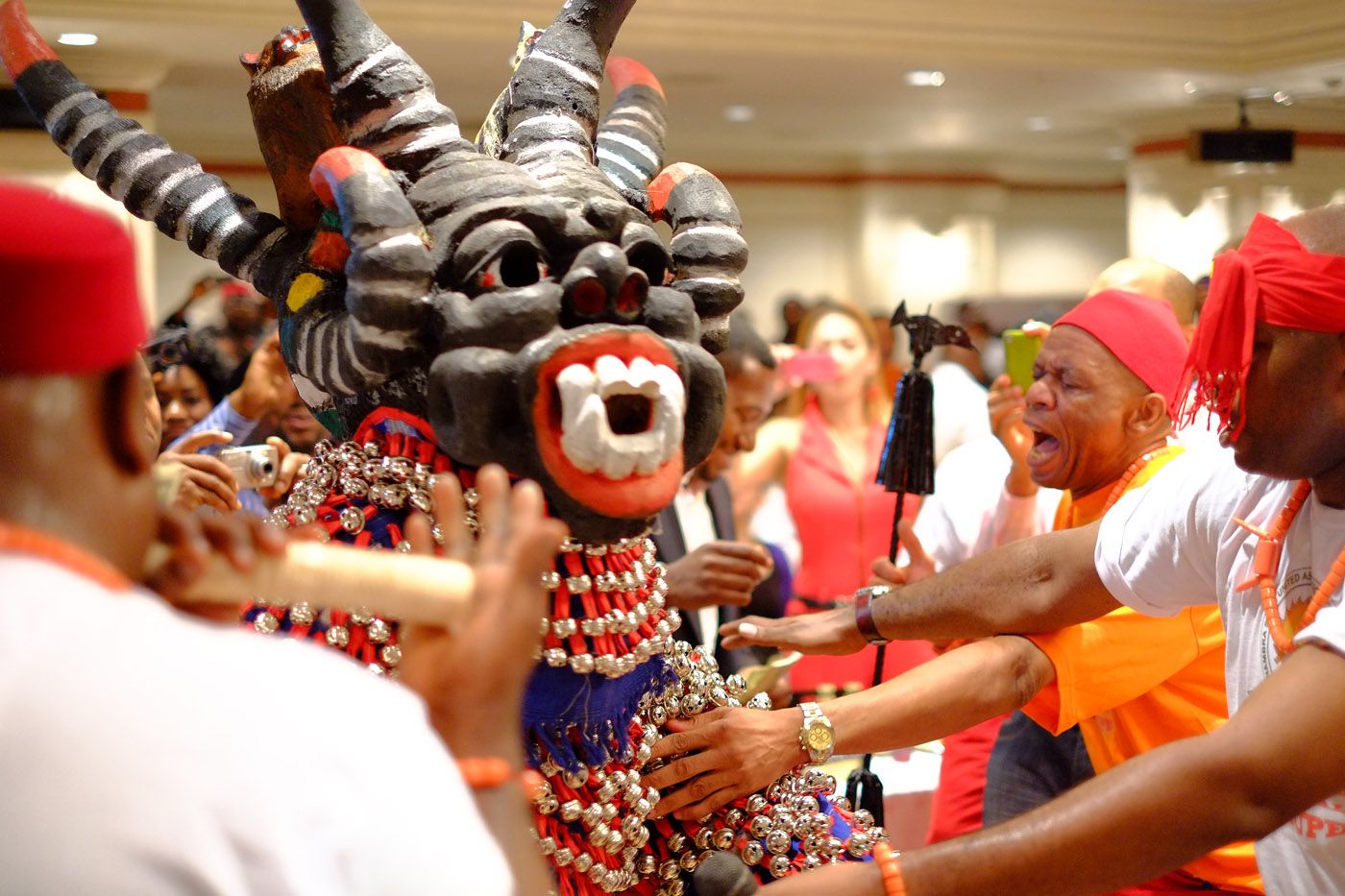 There are various traditions and customs amongst the Bini people; the encapsulate attires, foods, festivals, and beliefs all make them peculiar among other tribes Nigeria.