Nigerian singer and songwriter, Simisola Bolatito Ogunleye, popularly known as Simi, who is obviously fed up with the Nigerian system, the federal government and all the challenges that comes with being a Nigerian, has taken to her Twitter to rant about it.

Simi who started her career as a gospel singer, releasing her debut studio album in 2008 titled ‘Ogaju’, was wondering how the government of Nigeria will so wrong that its citizens have given up on it.

Read her Tweets below; 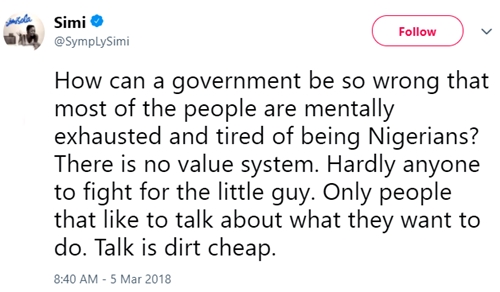 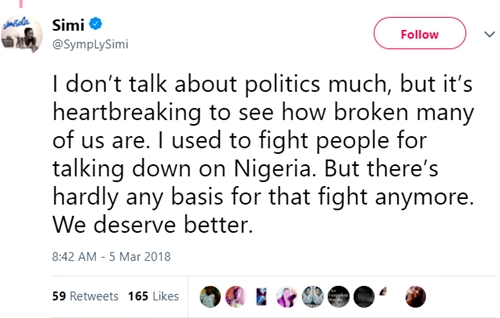