In the last two weeks, the Nigerian social media space has been tense with news of the deaths of a couple close friends of award winning pop star, Davido and last night, he released CCTV videos and an official statement from his lawyers that seemingly exonorates him.

Truth be told, its been a very emotional period for the singer and the very many unconfirmed reports and insinuations flying around on social media has not helped either. In this post we run through a quick list of famous American celebrities who have all gone through similar situations and came out on top even though some of them did time behind bars! A former promoter of boxing legends like Muhammad Ali and Mike Tyson, was charged twice with second degree murder. In 1954, a haired psychopath, according to reports, shot his first victim Hillary Brown in the back, but got off on Self-defense. 13 years later in 1967, He was charged with second-degree murder for beating his employee Sam Garrett to death over a $600 debt. However he served less than three years in Jail and Now just chills at home and he’s worth over 300 million dollars. American singer songwriter reportedly killed a 38-year old mother of two, Awatef Aboudihaj, in a 2006 horrific car accident. According to reports, She wasn’t paying attention to the road and crashed into the car in front of her, instantly killing the driver. Later on, the Singer settled the case with an undisclosed amount of money to the victim’s family, and was released from all charges, as no drugs or alcohol were involved.

In 1995,Snoop Dogg along with his bodyguard were charged with the murder of a 20-year-old disabled man named Philip Woldemariam, in a gang related shooting. But as the defense team was led by one of the most powerful celebrity Lawyers, Johnny Cochran, No charges were pressed, on the basis of self defense. 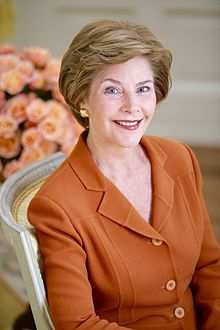 Before marrying then-president George W. Bush, the former first lady killed a 17-year-old athlete, with her car back in 1963. The victim was Michael Douglas, and reports indicate that he was killed instantly. However, a thorough investigation was not conducted, due to the leverage of Laura’s powerful family background, so she was able to keep on living her luxurious life.

He was an American film and television actor who in 2012 broke into the home of 81 year-old Catherine Davis, ransacked her home, and then killed her (and her cat). Witnesses him jump over a fence, assault a neighbor, and return to the Davis house. Though he had history of drug use, an autopsy report showed that Lewis had no drugs or alcohol in his system at the time of his death. It is believed that Lewis either fell or jumped from the roof, garage, or patio of Davis’ villa while trying to jump.

In February of 2015, 65-year-old reality show star Caitlyn Jenner (Bruce at the time) was driving his Escalade on Pacific Coast Highway when he hit a Lexus from behind, causing it to careen into a Hummer, leaving its driver, Kim Howe, dead. Jenner was not injured and was not charged for the incident.

Back in 1985, MÃ¶tley CrÃ¼e front man Vince Neil only served 20 days for killing a fellow musician in a tragic DUI car crash.

The accident, which occurred during a drunken beer run after a concert in Hollywood, killed Hanoi Rocks drummer Nicholas “Razzle” Dingley, and left two other passengers seriously injured. Neil, who was driving with 1.7 BAC at the time, was left unscathed, but was charged $2.6 million in restitution fees and 200 hours of community service.

In May of 2001, actor Robert Blake and his wife Bonnie Lee Bakley were having dinner at their favorite Italian restaurant in Los Angeles. After their meal, they walked several blocks back to their car, when Blake suddenly realized he left his handgun back at the restaurant. He walked back to the restaurant while Bonnie waited in the car. According to Blake, he returned to find Bonnie shot dead in the head.

Blake’s attorney, Thomas Mesereau, who is infamously known for defending Michael Jackson in his 1995 child molestation trial, got Blake off scot-free.