From placing women on leash to drinking alcohol from a feeding bottle and romancing a python snake, Pretty Mike has gotten used to seeking attention on social media. 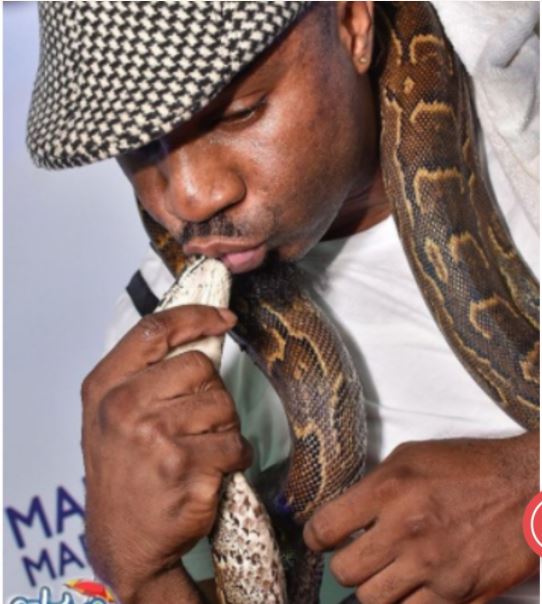 He has been pictured taking his bath with the strange pet and lately, he hit the climax by kissing the creepy reptile.

In recent times, social media users have questioned the sanity of Pretty Mike who has been romantically linked with Nigerian male barbie, Bobrisky.