Nigerian author Chimamanda Ngozi Adichie was featured on the cover of the October 27 issue of Telegraph Magazine, where she discussed Nigeria, misogyny, and the #MeToo movement. 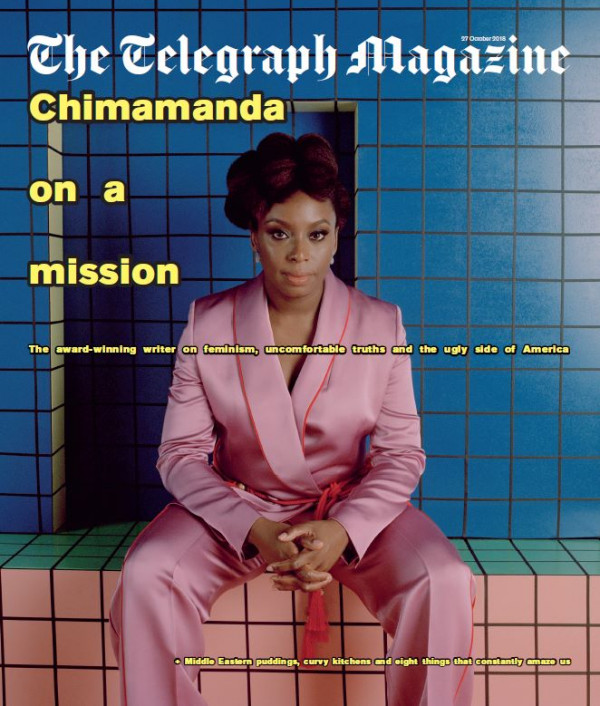 Chimamanda talked about losing faith in Nigeria after her father was kidnapped in 2015, how she feels he was kidnapped because of her.

It was because of me. That incident affected my father – it robbed him of something; there’s a distrust that he didn’t have before. He comes from a generation with a certain kind of integrity. For a long time he didn’t understand things like bribery – it just perplexed him. My father had given his everything – he got his PhD in the US and he had job offers there in the 1960s, but he was keen to come back to Nigeria. It was post-independence, everyone was very enthusiastic and my father spent his life teaching. I felt that Nigeria had failed him – for a man of his age to be thrown into the boot of a car …That incident broke my heart and it’s the first time I started to seriously question Nigeria.