Paris Jackson, daughter to late pop icon Michael Jackson who was on the cover of Rolling Stone magazine, revealed to the magazine that she is convinced that her father Michael Jackson was murdered. She says claims that he died from a drug overdose was false and she believes it is “obvious” to all his family and true fans.

In regards to the rumours that her father could possibly have been murdered, she responded:

“It’s obvious”.”All arrows point to that. It sounds like a total conspiracy theory and it sounds like bulls**t, but all real fans and everybody in the family knows it. It was a setup. It was bulls**t.”

When asked who could have wanted to kill her father, she said “a lot of people” had issues with him. She continued:

“Of course I want justice”. “I definitely do, but it’s a chess game. “And I am trying to play the chess game the right way. And that’s all I can say about that right now.”
18 year old Paris added that her father was paranoid that there were mysterious people who were “out to get him”.
“And at some point he was like, ‘They’re gonna kill me one day,'” she said.

She also talked about how suicidal she was in her teenage years, admitting that she’d tried to commit suicide several time by the time she was finally hospitalised for a residential therapy programme.

She added that her mental health deteriorated after she was sexually assaulted by a stranger when she just 14 years old.

“I don’t wanna give too many details,” she told the magazine, “but it was not a good experience at all, and it was really hard for me, and, at the time, I didn’t tell anybody.” 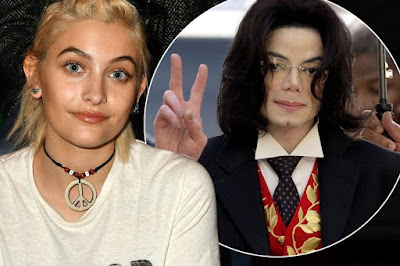 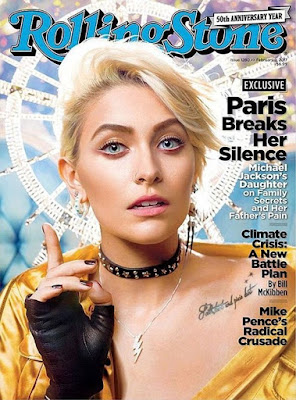