Boko Haram has refused to release the only Christian girl among the kidnapped #DapchiGirls.

The students were abducted by the Boko Haram sect on February 19.

But Liah Sharibu was not released.

Below is here photo 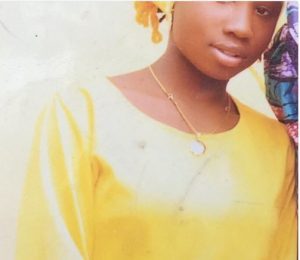