Born in 1961 to a Nigerian veterinarian-herdsmen and a British nurse, Amina Mohammed is the eldest of five girls. She attended Capital School, Kaduna in 1972 for her Primary Six Certificate and Buchan School Isle of Manchester, UK in 1979 for the Ordinary Level Certificate. She further attended Henley Management College, Italy, in 1989, after which she returned to Nigeria.

She stepped into the political and humanities spotlight when she coordinated the Task Force on Gender and Education for the UN Millennium Project between 2002 and 2005. The she served as National Commissioner, Human Rights Commission of Nigeria from 2005 to 2007 and at the same time served as the Senior Special Assistant to the President on Millennium Development Goals from 2005 to 2010. 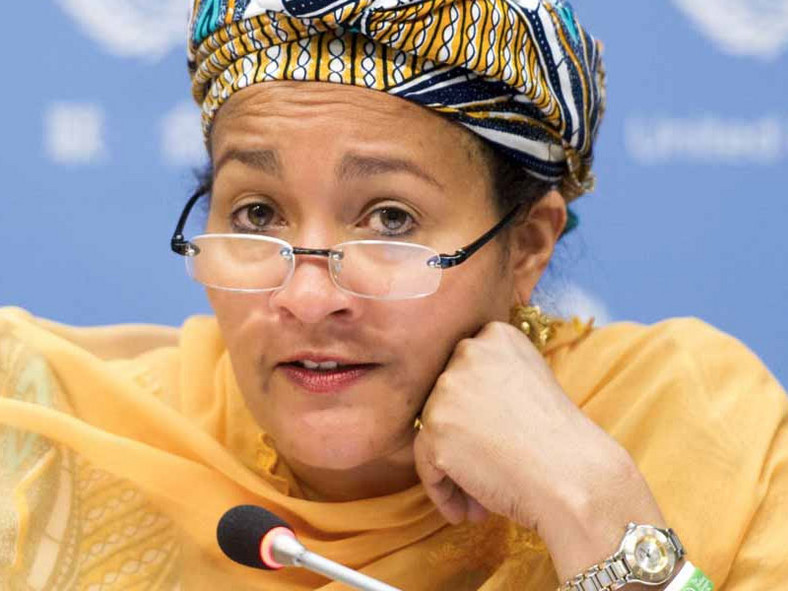 From November 2015 to December 2016, Mohammed served as Federal Minister of Environment in the cabinet of President Muhammadu Buhari, but resigned on February 24, 2017, for the esteemed appointment as the Deputy Secretary-General of the United Nations.

She has received several recognitions including the National Honors Award of Order of the Federal Republic in 2006 and was inducted in the Nigerian Women’s Hall of Fame in 2007.