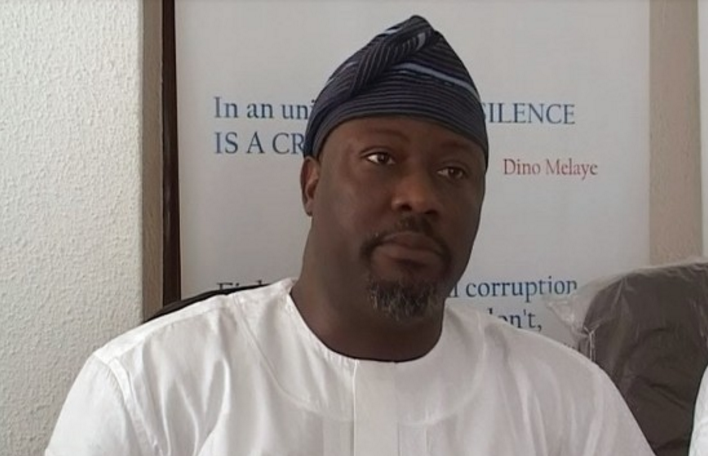 Senator Doni Malaye on Sunday described as an exercise in futility, the plan to reconvene the Senate before its adjourned date.

Melaye also bared his mind on the call by the All Progressive Congress leadership, on Senate President Bukola to resign saying that the National Chairman of the party, Adams Oshiomhole, should be told there was no crown in the National Assembly for anybody to wear

While the Senate has adjourned, it’s sitting till October 25, the Presidency had called for it to reconvene before then

Those opposed to the idea fear that it might be a ploy to unseat the Senate President, Saraki.

Melaye who spoke to reporters in Abuja said: “the talk to reconvene the Senate amounts to the tale by the moonlight, a serious joke.”

He said, “We adjourned properly to a date and time. In their myopic thinking, they forgot the rules.

“It is laughable that some people in their myopic and skewed thinking should contemplate that the Senate should be reconvened by just anybody. It will not happen. It is an exercise in futility to impress Mr. President.”

Melaye who is a frontline supporter of the Senate President added that “whatever is illegal will continue and remain illegal.”

He recalled that only a few days ago, the Court of Appeal ruled that the National Assembly has the power to set election sequence contrary to the thinking in some quarters.

On most in the Senate, he said that the PDP has a clear majority in the upper chamber.

Melaye who insisted that “APC senators are merely grandstanding” noted that APC Senators have visited the Presidential Villa four times in one week as if the Senate chamber has been moved to the Villa.”

He said that the issue of which party has most would be settled on the resumption of the Senate when seats would be allocated to members with their names and party attached.

On the call by Oshiomhole that Saraki should return APC’s crown, Melaye said the APC chairman forgot that crowns are worn in towns, villages, communities, and kingdoms.

He said that “nobody wears the crown at the National Assembly because the seat of the Senate President is not hereditary.”

He urged Nigerians not to forget that the PDP Senators gave the Senate President seat to Saraki and not APC Senators.