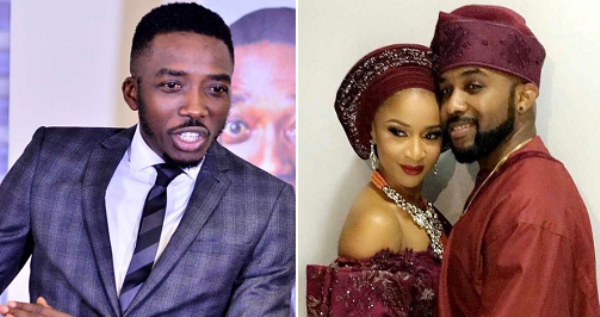 A few days ago, Bovi trended for the jokes he made on Banky W and Adeusa Etomi

In the video posted on YouTube, Bovi while performing at his just concluded Man on Fire Comedy concert made jokes about the way Banky W spelt “Marry” while proposing to Adesua. In His words: “The marriage dun dey already get problem” — “Fix it”.

This of course has garnered mixed reactions from Nigerians with many calling on the comedian to apologize for the jokes he made, which many tagged as “improper”.

Bovi, in response to those demanding for an apology, He said: “My face when they tell me to apologize over a joke they didn’t understand. Read my lips.. “eat ****” 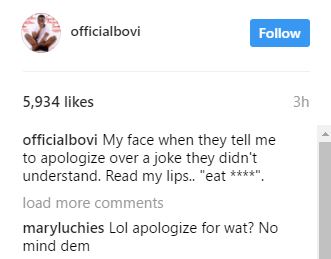