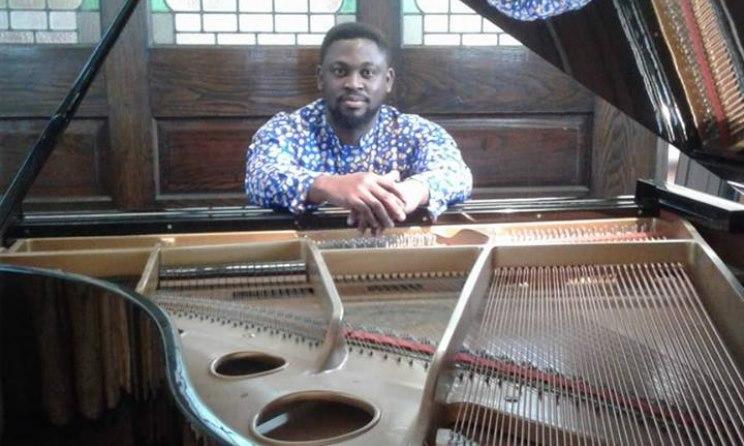 For an instrument that’s mostly associated with European music, Nduka felt the need to promote African composers in his first Extended Play (EP) Choreowaves, which was released in April 2018. He said “For far too long, what is often referred to as the standard classical piano repertoire has been without major composers of African descent, dead or alive. I feel the need to promote African composers because I believe their works not only deserve to be heard but really should be heard alongside works of other known composers”.

“This is me saying, “Hey! I know you all love Beethoven and Brahms and Chopin and Mozart, but have you heard Onyeji and Uzoigwe? Do you know the works of Fred Onovwerosuoke and Peter Sylvanus?” I’m interested in bringing works by African composers to the hearing of audiences who know very little or nothing about African classical piano music,” Nduka added.

Nduka earned his MA in Music from Kingston University London, UK in 2015 before moving to the United States in 2016 where he has performed in various venues across New Jersey. Unfortunately, being a performing pianist in Nigeria, his home country is not as lucrative. He said, “many pianists end up as active piano teachers/accompanists and not solo classical performers because performance opportunities are mostly in church choirs or choral groups where we get booked to accompany oratorios and cantatas in concerts.”

There are eight compositions in Nduka’s EP, including Obodom by Peter Sylvanus and Ufie III by Christian Onyeji. “African composers whose works I have performed are as brilliant as their counterparts anywhere in the world,” Nduka said. He would however encourage African composers to consider writing more music for orchestra.