The palace of His Royal Majesty Eze Chukwuemeka Eri of Enugwu-Aguleri of Idu Eri Kingdom in Anambra-East local government area of Anambra state was the venue of the conferment of Ada Eri Chieftaincy title on Uju Ifunanya Edochie the Special Assistant to Governor Willie Obiano on Media. 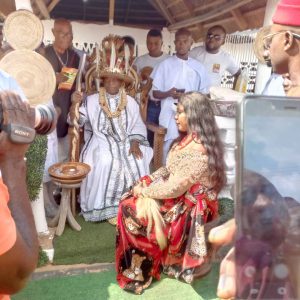 Uju Edochie a famous Nollywood actress was bestowed Ada Eri traditional title for her immense contributions to the people of Amuleri, Enugwu-Aguleri and beyond.

It was an epoc-making event as people from all walks of life graced the coronation ceremony.
Conferring the honour on her, the traditional ruler of Enugwu-Aguleri His Royal Majesty Eze Chukwuemeka Eri said Uju Edochie was found worthy of the honour of a traditional title because her philanthropy and kind gestures to her community were pleasing to the gods of the land. 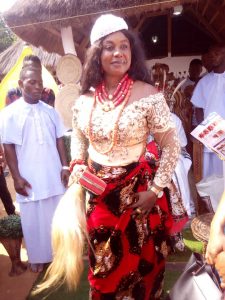 The monarch said the honour would further spur her to using her wealth of experience and exposures to develop her community more.

Engr. Basil Manafa an indigene of Aguleri community said the Governor’s aide was recognized because of her purposefulness as well as ability to galvanise people towards a positive end. He said bestowing the houour on her means encouraging the women folks in many ways. 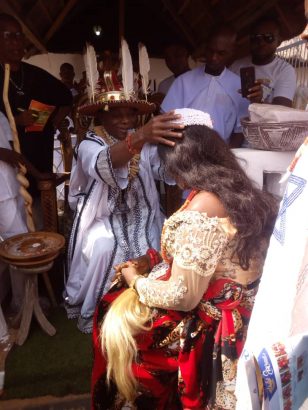 In the same vein, Hon. Onyeka Akwaeze described Uju Edochie as someone who is generous and socially inclined. He also explained that Ada Eri is someone who can bring the culture together as well as remind them of their anestral heritage.

Uju Edochie on her part expressed profound gratitude and immeasurable joy over the recognition accorded her by the traditional institution of her community even though she hasn’t done enough to earn the traditional title. 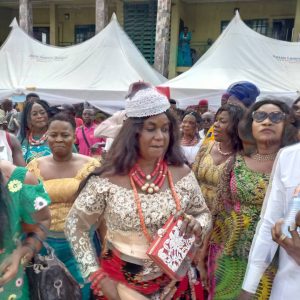 The Governor’s aide said she felt so elated to be recognized by the people of Aguleri community. She however stated that the recoginition would further motivate her to do more for people irrespective of the fact that she doesn’t have money adding that she has been charged to do more for her community and beyond.