On Thursday, the Federal Government, assigned the Directors-General of different agencies especially those under the control of the Ministry of Science and Technology, to create research proposals that would meet the current and future needs of the country.  th

By doing this, the Federal Government said Nigeria would become self-reliant by producing locally many of the products the country import from other counties, while such efforts would produce new entrepreneurs, who in turn would help job creation, creation of wealth for both the nation and individuals, thereby reducing poverty in the society.

Minister of Science and Technology, Dr Ogbonnaya Onu gave this charge in Abuja, at the 15th meeting of the Honourable Minister, Permanent Secretary, Directors/Heads of Unit and Directors-General/Chief Executive Officers (CEOs) of parastatals under the ministry. 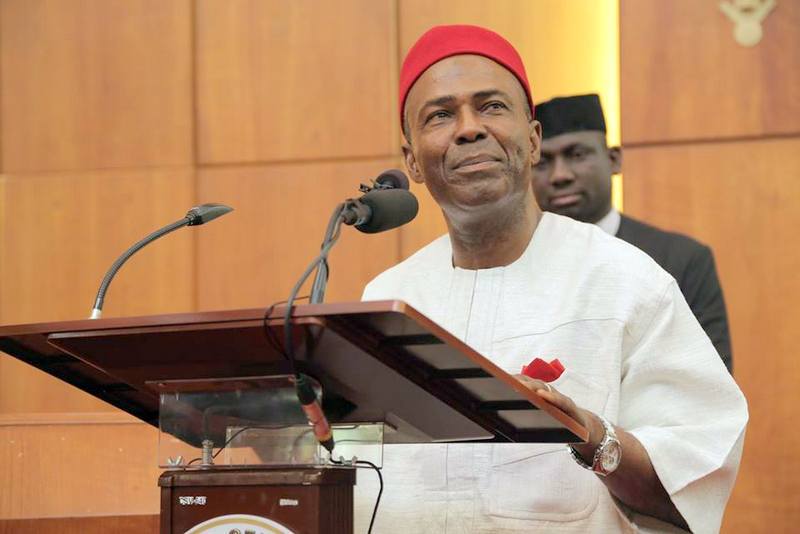 According to him, the ministry has a very important role to play in re-directing the nation to the path of trues greatness. The Economic Recovery and Growth Plan (ERGP) 2017-2020 has recognized Science, Technology and Innovation (STI) as playing a central role in the activities of all sectors of the economy.

“This explains why the ministry is working hard and determined to ensure that our economy is no longer based entirely on resources, but rather on knowledge and innovation-driven.

“It is important to pay attention to the diseases that affect only people who have the same colour of skin as ourselves, who now reside in all parts of the world.

“It has become a duty and indeed a responsibility for us as Nigerians to find cure and where not possible, devise a better way of managing these diseases. We must target research and innovation efforts that can help us catch up with the developed countries of the world. I am convinced that with hard-work and commitment, we will overtake them in future.” He posited.

Earlier in his welcome address, the Permanent Secretary of the ministry, Mr. Bitrus Bako Nabasu, told the DG/CEOs to commence the procurement processes immediately to ensure full utilization of releases that would be made available, now that the 2018 Budget Appropriate Act has been signed into law by President Muhammadu Buhari.

He further enjoined them to be more committed, dedicated, disciplined and resourceful in the execution of the duties and mandate of their departments and agencies.

This, according to him, was the only way through which science and technology sector could assist the administration in achieving its goals and through which the ministry could reciprocate the recognition accorded the STI by Federal Government.

Mr. Nasabu, therefore, reminded them that the agencies were established purposely to aid the supervising ministry in achieving its mission of facilitating the development and deployment of science and technology apparatus to hasten the pace of socio-economic development of the country.

All the Directors-General/Chief Executive Officers of the 17 agencies and other top echelons of the ministry were present at the meeting.