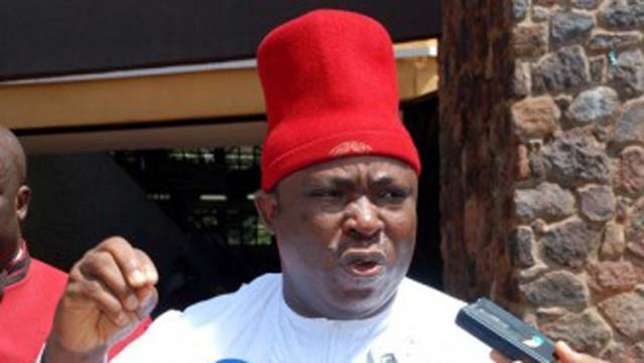 Twenty-one states of the federation are to benefit from the N489 billion approved by the Senate to be refunded to states as funds spent on federal projects in their areas, according to a senator.
Sen. Victor Umeh (APGA Anambra Central) disclosed this in an interview with newsmen on Thursday in Awka.
Umeh spoke in his capacity as a member of the Ad-hoc Committee on note Programme and Bond issuance that approved the refund.
He said the refund became possible following the rescinding of an earlier Senate resolution on the committee’s interim report of June 7.
“The Senate set to settle a number of the outstanding claims and liabilities of states in the total of N488,743,526,204.77 based on state by state claims,” he said.
According to him, Lagos State topped recipients of the refund with N114.6 billion whereas Akwa Ibom came second with N78.7 billion.
“Zamfara State will get N60.02 billion from the refund; Ogun, N59.2 billion whereas Anambra will receive N37.95 billion.”
He explained that Anambra presented a bill for N43 billion however N37,970,048,097.03 was approved for the state.
“The approval of the refund followed a motion by sen. Francis Alimikhena (Edo-North) that the Senate ought to settle inheritable local debts and contractual obligations on the refund to state governments for projects executed on behalf of the federal government.”
Umeh enjoined the federal government to release the money on time so states especially, Anambra, could put such fund to use.
“The Deputy Governor of Anambra, Dr. Nkem Okeke and I, led the Anambra delegation to the refund defense.
“I devoted my time to it because Gov. Willie Obiano is doing well and needs as much help as possible to continue his good work,” he said.