Mrs Folorunsho Alakija, Africa’s second richest woman of African is on the cover of Forbes Africa. 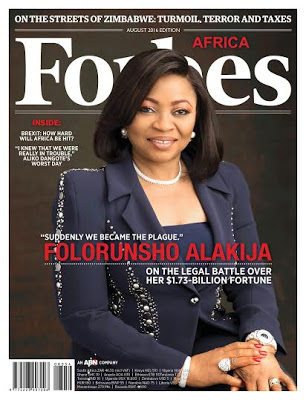 Forbes has released a video showing behind the scenes of her interview.

In her exclusive interview with Forbes Africa correspondent, Peace Hyde, Alakija tells her amazing journey from a company secretary to building one of the most renowned fashion houses in Nigeria

“There were a lot of sleepless nights and battles. Suddenly we became the plague, friends stopped picking up our calls and people were asking why we could not be content with 10 percent”, says Alakija in the exclusive interview.