A former minister of aviation and chieftain of the Peoples Democratic Party, PDP, Femi Fani-Kayode, on Monday, revealed the presidential candidate that would not have his vote come 2019.

The PDP chieftain, writing on his Twitter page, said he would only support any candidate that is committed to putting an end to the ethnic cleansing of Christians and Southerners.

According to him, he would not sacrifice his ‘faith on the alter of political expediency’.

I will never support any presidential aspirant from any political party that is not committed to putting a stop to the genocide and ethnic cleansing of Christians, southerners and Middle Belters by the Fulani terrorists.

I will not sacrifice my people or faith on the alter of political expediency. 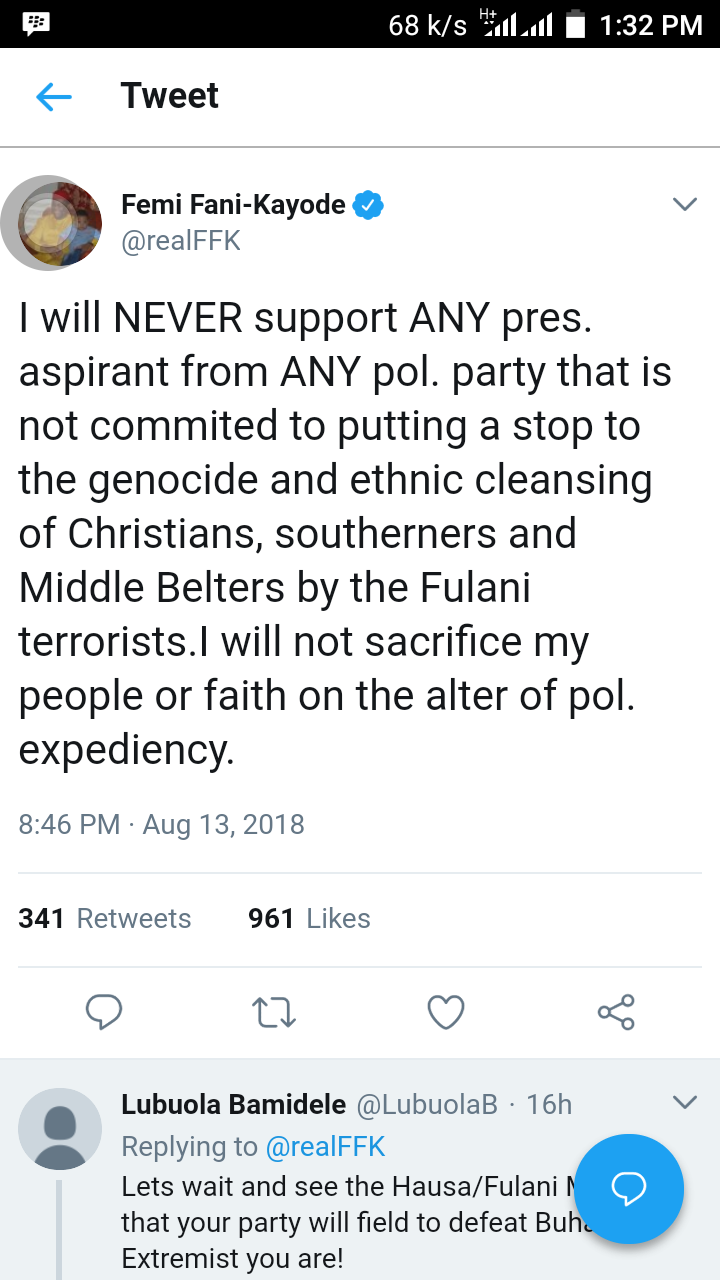