A young man from Borno State who allegedly trekked for the APC prior to the 2015 election has commenced another trekking from Lagos to Abuja yesterday, ahead of the 2019 Election.

According to reports, Mukaila, said he embarked on another trekking this time to Abuja is to record his disappointment that the major promise of the APC to create jobs had not been fulfilled.

The former APC supporter who commenced the trek from the Alausa area of Ikeja, and walked through the Otedola Bridge lining the Lagos-Ibadan expressway, said his action was not political as it could be termed in some quarters, adding that he was not sponsored to embark on the trek.

He also said he had not make up his mind on which party to pitch tents with ahead of 2019. 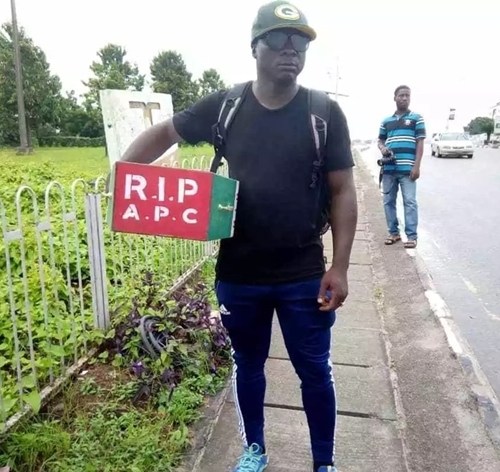 “Actually, I want to show my disappointment for this APC. As you can see, the youths of this country are very angry.

“APC promised us heaven on earth, they promised us three million jobs in a year, but now, we don’t even have 500,000 jobs in four year.”

He lamented that the price of Premium Motor Spirit (PMS), also called petrol, has remained at N145 per litre while the dollar to naira rate has continued to affect businesses. 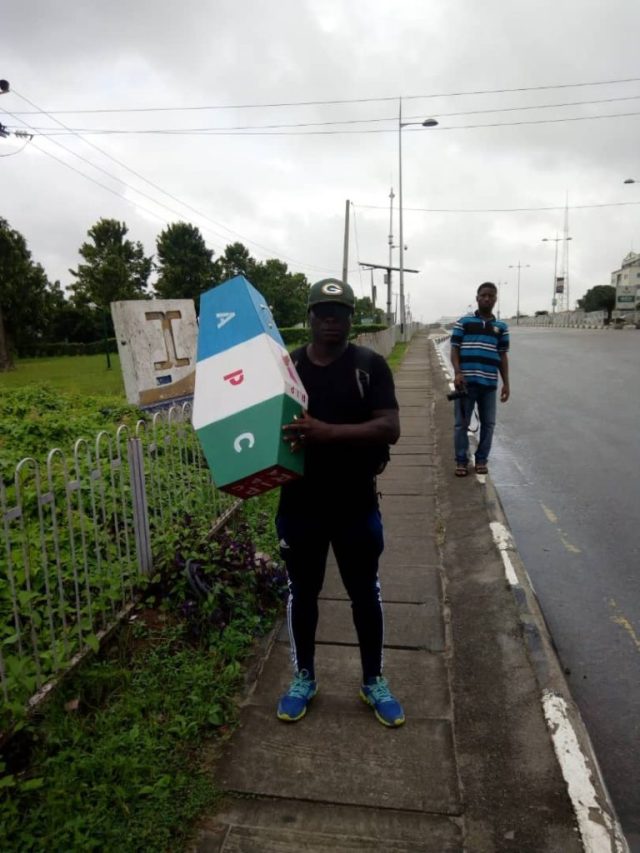 “I trekked during the victory in 2015, we all trekked to celebrate the victory, because there was a change in the government and we thought we got change,” he said adding that the trek would be used to appreciate some of the leaders who are concerned with the youths of the country.

“Nobody motivated me. I have my money and I use my money to do what I want to do. I am just representing the youths of this country,” he said adding that the trek will take him between 18 and 20 days.

He also disclaimed reports and speculations indicating that he got sick after earlier trekking in 2015.

“As you can see, I am starting another trek. I wanted the youths to be employed. I am not for any party. I am only for anyone who has the youths at heart,” he said.