Remember Silas Adekunle, founder and CEO of Reach Robotics, a company that has developed the world’s first gaming robots?

His company just signed an exclusive deal with Apple, and his robots, “MekaMon,” will now be exclusively sold in Apple stores in the UK and US.

Adekunle, speaking to TechCrunch, described how the move came about. He said: “I demoed to (Apple) at GDC. One of our investors set up a meeting and they loved it. At the time, I didn’t know they were going to announce ARKit. When I saw it, it made sense. It was the right direction.” 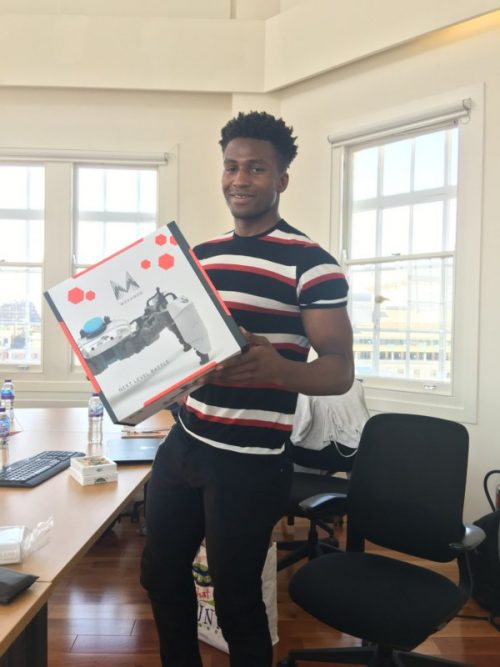 The robots, going for $299.95, combine real-world gameplay with augmented reality.

Players will be able to choose between playing in the real world, or in augmented reality, and, according to Inverse, the robots will be able to move and use any object in the room to block or hide from attackers.

The robots are compatible with both iOS and Android, and can be personalized with both weapons and shields.

See a brief demo below: