Gov. Kashim Shettima of Borno State has met with Galadima Israel, the orphan who had the highest score in 2018 JAMB with a total score of 364.

Impressed by Israel’s performance, Gov. Shettima invited him and his mother, Jummai Galadima, where he honoured him with N5m full scholarship to study Electrical Engineering at Covenant University, Ota, Ogun State under the Borno State Ministry of Higher Education. 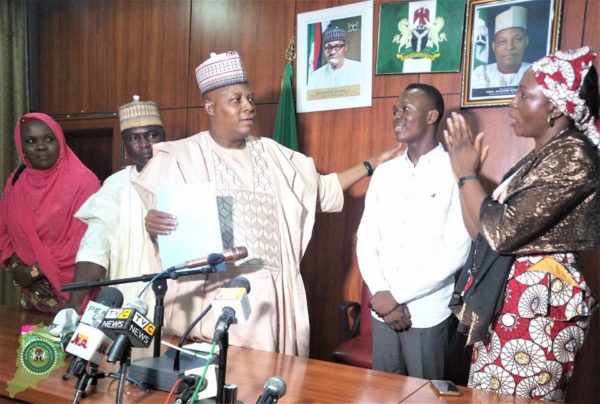 At the council chambers of the Borno State Government House, the Governor thanked them for honouring his invitation, reiterating how proud of him he is.

“It is my honour of Meeting the JAMB King Galadima Israel, an indigene of Borno who scored highest in the 2018 tertiary matriculation examination in Nigeria.

“We are mightily proud of this young man, an orphan raised by a single mother by coming first nationwide after scoring 364 in the 2018 JAMB examination. We must identify with our son of Boko Haram ravaged Borno who defiled against all odds and became victorious”. he said. 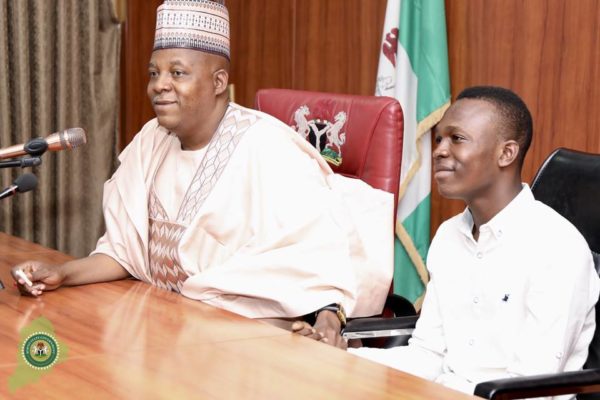 Shettima urged all to be generous and support one another devoid of religious or tribal differences.

The Governor said since he will be completing his tenure in 2019, he prefers to approve payment upfront in order to ensure that Isreal, who made nine distinctions after taking this year’s West African Examination Council’s (WAEC) papers, does not have to follow-up on any tuition at the State scholarship board.

“Israel, as his mother has told us, was raised as an orphan. The mother lost her husband who was a Major in the Nigerian Army about 14 years ago and she singlehandedly raised three children.

“Israel is the second of her children. She works in Lagos as a Banker, we don’t have to make her travel all the way to Maiduguri again to pursue any payment. 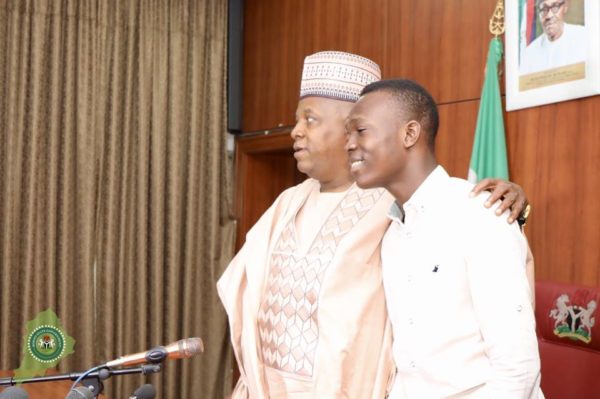 She has done her part by raising a child with excellence, and that child has made Borno State very proud. It’s our turn to support him.

“I will suggest that the mother pays all the fees upfront to avoid any tuition increase in future. I am particular about Israel because he was raised as an orphan” Shettima said.

Earlier in her remarks, Mrs. Jummai Galadima, the mother, thanked Governor Kashim Shettima for the support for her son.