Channels reports that the new permanent secretaries were sworn in on Wednesday in a ceremony where the state governor encouraged them to contribute to the ongoing efforts of his administration.

The 6 permanent secretaries include Bamidele Fadipe with the Office of Civic Engagement, Bashir Braimah with the Public Service Office, and Raji Ganiyat with the Ministry of Wealth Creation and Employment. 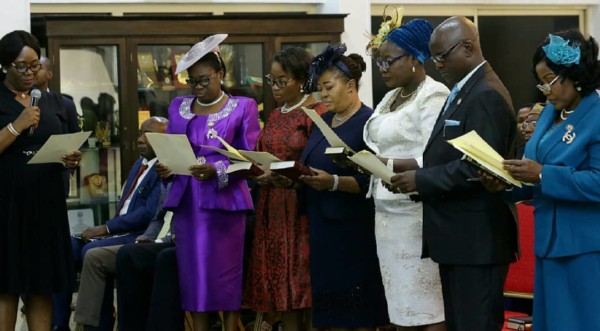 We believe strongly that our State Public Service deserves nothing but the best. Our vision to build a Modern Smart City-State can only be driven and actualized by matching ability with responsibility. This is a key philosophy which has guided all our actions since we assumed office.

I have no doubt in your capability to add value to governance and contribute to the realization of this administration’s short, medium and long-term plans.

I look forward to seeing your positive impact in the State Public Service especially in the area of improved efficiency and effectiveness with which government business is handled, keeping in mind that we can only be adjudged to have done the right thing when our people are happy and satisfied.