A Presidential Aide, Tolu Ogunlesi has come under fire for calling Nigerians animals and mad after they they reacted to the controversies that surrounded the visit of British international model, Naomi Campbell to Lagos. 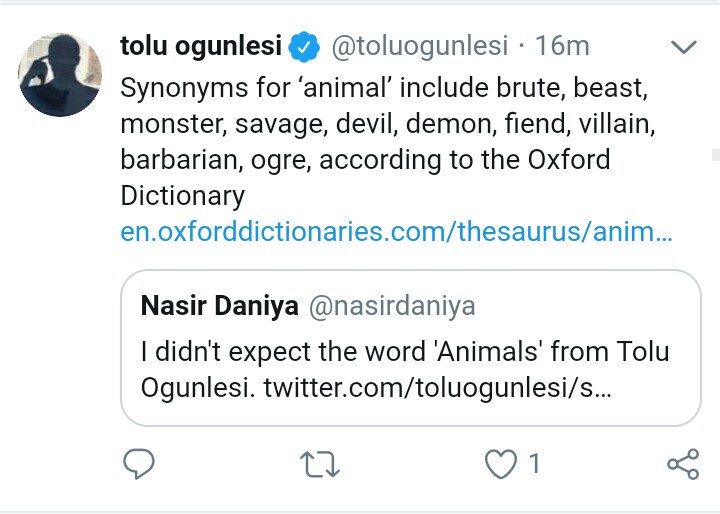 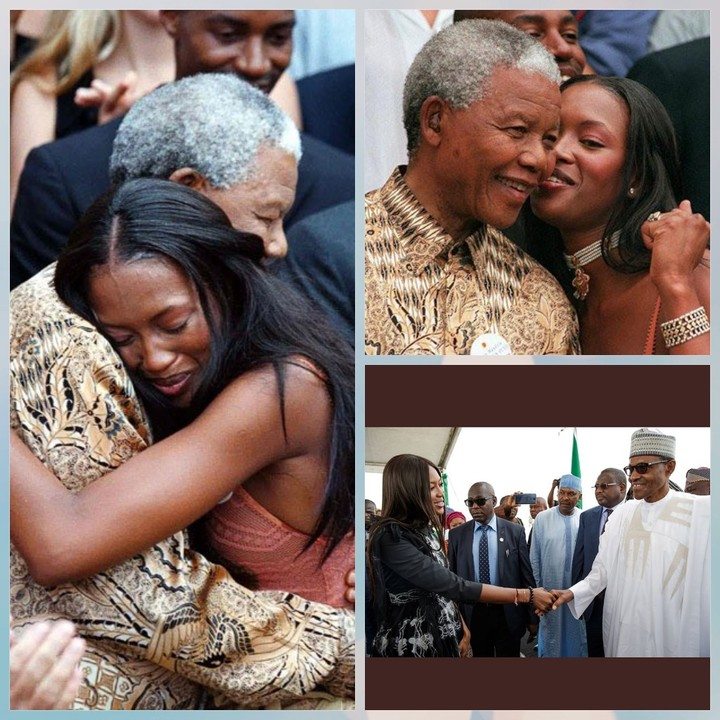 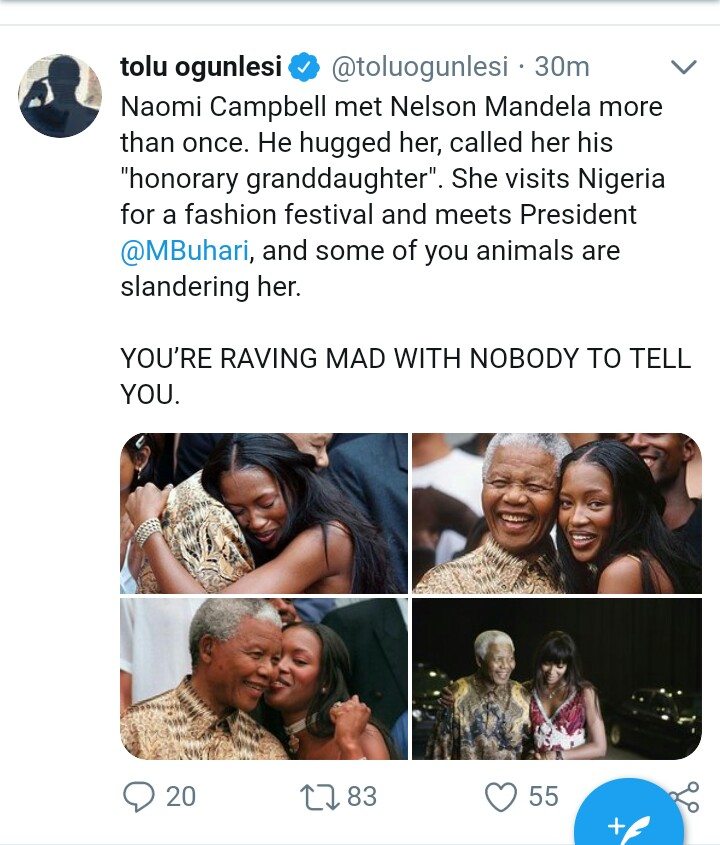 ”Naomi Campbell met Nelson Mandela more than once. He hugged her, called her his “honorary granddaughter”. She visits Nigeria for a fashion festival and meets President @MBuhari, and some of you animals are slandering her. YOU’RE RAVING MAD WITH NOBODY TO TELL YOU”.

”I’d like to clarify. I would NEVER describe/think of Nigerians, or those who disagree with me, as ‘animals’. My comment specific to those who thought it appropriate to denigrate/“slander” Naomi Campbell. Tweet should have been worded clearer & less provocatively. Lesson learnt”.

Bashir Ahmaad made this known while reacting to the model’s tweet where she stated that it was a pleasure to have been invited by President Buhari to the private launch of Eko Atlantic city.

”Was a pleasure to be invited by His Excellency The President of The Federal Republic of Nigeria, Muhammadu Buhari to the private launch of Eko Atlantic. @[email protected]”.

”For the sake of clarity, President @MBuhari didn’t invite Ms. Naomi Campbell to any event during his 2-day visit to Lagos State. They only met at the Eko Atlantic City while Mr. President was touring the project, and she requested to take photos with him”.

With the clarification from the presidency, Naomi had to adjust her social media posts about the event by making it clear that she was actually in Nigeria for a fashion show. She replaced the word invited with the word meet in her tweet.

”Was a pleasure to meet His Excellency The President of The Federal Republic of Nigeria, Muhammadu Buhari to the launch of Eko Atlantic. HERE FOR ARISE FASHION WEEK”.