While there are so many claims on what led to the absence of the preacher’s estranged and divorced wife at her daughter’s wedding, A source who spoke with an insider, got Anita’s side of the gist on the entire wedding debacle.

Here are excerpts below; 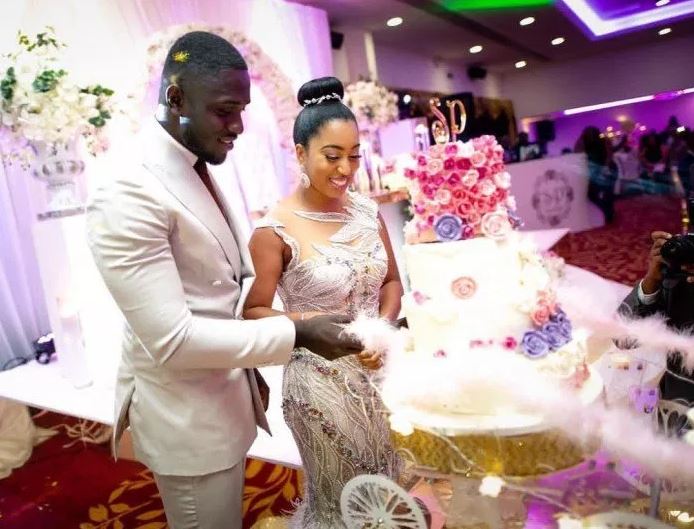 Tell us about yourself?
I am a very close  family member of Anita and I have been opportuned to witness horrible  treatment meted on Anita since the divorce order was approved by a UK  court. It is another example of how our society treats women, it is  total shambles. I have also read some articles on Social media  misinforming the public on the reasons why Anita did not attend her  daughter’s wedding, painting a picture that Anita is bitter about the  divorce. This is a total misrepresentation and it is unfair to let this  go unaddressed.

Why then do you you think Anita was not at her daughter’s wedding?
Since the divorce judgement was given in favour of Anita, Chris had  vowed to make life difficult for her; as a result he ordered his  daughter (Sharon and Charlyn) to not have anything to do with her.

How  did you come to this conclusion: It is simple Chris made verbal vow  within close circles threatening this, he backed up his words by  instructing the children to cut away from their mother, he secured  accommodation for the girls in London, far away from Anita who lives in  Folkestone, Kent UK. This is to ensure the gap in interaction is wider  and also to flex his financial influence as a bait in exchange for  control over the children. It is very clear that he is desperate to  spite Anita.

So how did the children react to this?
They  are probably afraid of Chris, and also worried about hurting their  mother. However anyone who has followed Chris closely will note that he  enjoys control and would go at any length to ensure he controls everyone  around him, even if it means resorting to blackmail and propaganda  (this is the reason he obtained a restraining order from the Family  Court in the UK preventing Anita from speaking about the marriage). On  each occasion Chris is having a ministry event in the UK or their annual  IPPC, his church leaders would make headlines about Chris and Anita  reconciling their differences, just to attract a crowd and make people  believe all is well. Some other time the same mischief makers would lie  that there was no divorce. 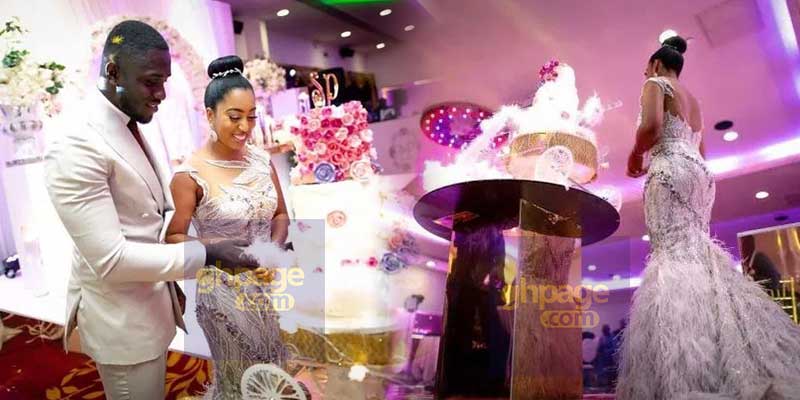 Was Anita not involved in the wedding preparation?
No, Chris was the event planner and he was responsible for the finest  details of the wedding, including who attends or not (note former  President Obasanjo and Pastor Benny Hinn were invited by Chris and Anita  wasn’t).

Yes, Anita never set her eyes on her  daughter’s wedding invitation, people can ask if a mother needs to be  invited to her daughter’s wedding? In this case, yes because Chris runs a  tight mafia-like organization and Anita’s security was not guaranteed  if she gatecrashed the event. There were rumours that Anita will be  embarrassed and disgraced if she ever attempted to attend without formal  invitation. Anita would have put herself in serious danger of life if  she went on that trip.

How did Sharon feel about this whole drama? I  think Sharon understands from the divorce that her father doesn’t want  her or sibling around Anita and therefore knows the danger she would be  exposing herself to if she attempted to attend.

Did Anita attempt to make up for the miss?
Yes, Anita was planning to have a wedding reception when Sharon and  Phillip return from Nigeria, however this was hijacked by Chris. He  rallied his members to make donations for a grand wedding reception in  the UK (this took place on 20th October at the Willows Ilford UK after  the couple returned from Maldives honeymoon vacation), who does that? Is  Chris not rich enough to fund such a reception? 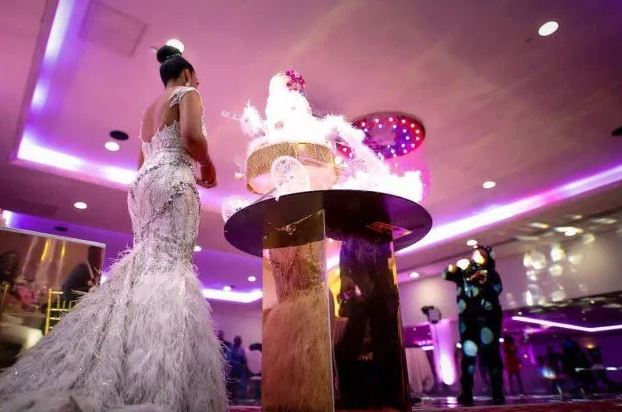 How does Anita feel about this?
She is distraught just like any real mother would! She wants to be  there on the most important events of her children, she wants to pick up  her life and move on but would they let her? No

What is the motive for granting this interview?
I just want the world to know that Chris and his members are bent on  destroying Anita’s image and make her feel depressed. But they are going  to fail because lie may persist for a 100 years, the truth will prevail  in a single day. I hope everyone can see that Chris is painting a  picture of a saint but causing a lot of problems, breaking relationships  and making propaganda about his marriage and family.

It should also be noted that Christ Embassy UK organised another reception for Sharon Oyakhilome and Philip Frimpong just after their honey-noon the couple were invited to attend another wedding reception organised by Christ Embassy Zonal Kayode Adesina. It held at The Willows, Illord on Saturday the 20th of October.  The U.K Church-head made this arrangement because Sharon Oyakhilome and Philip are both members of the UK church branches and both reside in the U.K.

It was alleged that members of the UK church congregation were encouraged to contribute money towards the wedding reception. Although Pastor Chris Oyakhilome was in the UK to coordinate the event, he did not attend the reception. The Zonal and regional Pastors and their spouses, deacons, leaders, friends of the newly-wed and the families of the groom were present for the event.

Anita Schafer the ex-wife of Chris Oyakhilome did not attend the Christ Embassy UK church wedding reception, either was any member of her family present