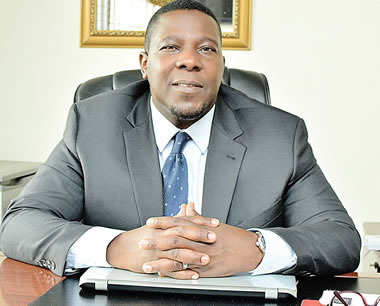 This Is Why you should get married early according to Lanre Obey.

Lanre Obey is the son of Juju maestro, Ebenezer Obey Fabiyi. He tells JESUSEGUN ALAGBE about growing up under his father, marriage and other issues

How would you describe growing up under a very popular man and what fond memories do you have of your childhood?

Well, it was an awesome experience for which I am grateful to God.  We were exposed to quite a lot of people including, his band members because they had a rehearsal place in the house. We were exposed to fans because he was very famous and those things also rubbed off on us. People love him and then they love us and that has really been a blessing to us. However, we grew up under a man that is really committed to God. He is a disciplinarian; he laid foundation for us in prayer. There were Bible study and prayers every day. At the same time, he also called us and advised us a lot. He and my mom, who died five years ago, would talk to us and correct us whenever we did something wrong. They both instilled discipline, respect and humility in us. If you are his son and you are not humble, you are a bastard. It is not only by what he says, but we learnt a lot from what he did, unlike these days when people tell you to do one thing and they do another thing; we learnt from his lifestyle.

Did your father involve you in the rehearsing of his songs?

No. Once they finished a new release in the studio, he would bring it to the house, play it and we would hear it together. The songs were always so powerful that they had and still have impact and if you are an Obey fan, you will know that when you listen to the lyrics of his songs, they touch you. I can tell you that I know most of his songs by heart. Once they were played, I would sing it from the beginning to the end, it was fun. I would play the guitar lines with my mouth.

Was there ever a time he wanted any of you to be one of his back-up singers?

Not a back-up singer; he wanted us to have our own bands. There were also a few times I would compose songs and give them to him for advice. He would help out and tell us how to improve on it. Very recently, he still said I should have been a musician. He wanted me to have my own band and he still says it. He says that I have got the voice and that I have the gift to be able to do good music. We still spoke about this a year or two ago.

But you said you used to be a musician…

Yes, I started playing in the church. There was a band called Decross Gospel Band and as a member of the band, I played music. I led the choral group in my high school. I played guitar for the ECWA church and when I got to the United States, I played reggae. I joined a reggae group and he said I should be careful and should not smoke Indian hemp. I still play guitar in the church, but I have been advised to float my own band.

So, are you planning to float your own band?

When your father tells you something, you will think about it because there must be something he saw. And if my father advises you, you better take his advice. When I returned from the US, there was a challenge. I moved to the US about 13 years ago and I have been back for five years. When I came back, I was trying to establish my business and most of the pieces of advice he gave me happened as he had predicted. He is a man who knows God and that is a heritage I have also received from him.

Did Obey teach you how to play guitar?

No, he didn’t. I was interested in the guitars in the house; I picked them and I decided to practise. Some of his band members would show us a few chords and I just started playing. You know he was a very busy man, but we saw him play and we just picked it up.

Did you ever go on tour with him?

Yes, I was once with him on a US tour. I was in the US at that time, though I didn’t join the band.

Has his name ever opened doors for you?

The Bible says a good name is better than gold and silver. Of course, when you have a good name, it does open doors and we have found favour in that light through the grace of God upon him.

Was there a time that you felt you should not have been Obey’s son?

It is always good to have a good reputation and he is a God-fearing man who stays away from scandals. So, there has not been anytime that we felt we should not have been his children. What we have experienced is that there is a point when you have a lot of friends around you and you don’t know who really loves you for who you are or who loves you for who your father is and that might be a challenge that we have experienced.

Considering the fact that you are a son of popular Juju maestro, Ebenezer Obey, one expects you to play music. So what do you do?

I run a company called Lansrock Nigeria Limited. We are into sales of musical equipment and we represent a few brands in Nigeria. We also have a life event solutions company. We started out with musical equipment, but we have metamorphosed into full events company. We have musical equipment, lightings; we design stage. We plan events from the beginning to the end and God has given us a few opportunities to display that. We’ve handled different events and one of it was the Lagos State International Jazz Festival. We did most of the stage works; we did the sounds. We’ve also been privileged to handle some very big jobs. We have done jobs for Deeper Life also. During the Lagos crusade, we did about 11 different locations every day.

So that means you have to move equipment to those locations simultaneously?

Yes, we were doing that simultaneously. I carried a crew of about 60 men and every day, we had about nine trucks on the road and we would set up before daybreak. You know, it is one thing to have the ability and it is another to be given the opportunity to exhibit what you have. If you are not given the opportunity, how will people know you?

When did you get married?

I got married early.

Did your parents influence that and your choice of woman?

No, my parents are not like that. The person who you say you want to get married to is the one that you marry. They taught us the basic foundation of the Word of God and it was up to you to make up your mind. I got married because I didn’t want to mess around as a Christian. I have been married now for about 24 years.

She is wonderful. She has been with me for years; we have lived together for about 24 years. She loves me dearly and I love her too.

Does she also have interest in music?

If you are a member of Obey family, why would you not love music? Music has become our heritage. So for us, music is our heritage and we value it. Hence, my wife loves music too.

Would you say you were stubborn as a child?

Every child has their moments, strengths and weaknesses. Children have their own challenges and I had mine too as a child. When they needed to discipline us, they didn’t spare the rod; they disciplined us and that I am very grateful for. I wasn’t perfect and I am still not perfect; I live my life by the grace and the mercy of God and I don’t think I will ever be perfect. My perfection comes from Christ. Yes, I had my own flaws as a child.

Did Obey’s children make friends with children of some of his popular fans as a result of the relationship between them?

Of course, my father sang for people out of relationship, not for money. Money probably came later; my father sang for those people as a matter of personal relationship. It was out of believing in those people; it was out of love that my father sang for most of his fans. The MKO Abiolas of this world, they were friends. He had a relationship with him for a long time before he sang for him. You talk about the Tejuoshos; they had been friends for a long time before he sang for them. The Arisekolas, Kabiyesi Tejusosho and my dad were friends from way back.  Arisekola and my dad had been friends since they were young; they spent time together. He (Arisekola) came to our house few weeks before he passed way. We are friends with their children; we have relationship because when your father has a relationship with some people, you become friends because that influences the relationship. Some of Chief Abiola’s sons are my peers; the same with Kabiyesi Tejuosho and Arisekola’s children. We all have relationship. I just mentioned a few, there are some other people we grew up with and are friends till date.

Are you aware of the popular belief that your dad and King Sunny Ade were bitter rivals at a point in their careers?

It was not something we knew; King Sunny Ade is my uncle. I remember I flew with him a few years ago; he bought business class in the same airline. We spoke all the way from the US to Nigeria and it was so pleasant. KSA is pleasant, he is our uncle, we attend his concerts. When we were living in the US and he wanted to perform, we were always there for him. We love him; he is our dad’s friend. We heard what people were saying but their relationship was always cordial and what people were saying was totally different from what we saw. We love his (KSA’s) music. When my brother was getting married, he was there as one of the fathers of the day. The relationship with him has always been very cordial. When his own daughter was getting married, my dad was also one of the fathers of the day. What we knew was that the news about their bitter rivalry was not correct.

What do you think about the output of the current crop of artistes in Nigeria?

I think our artistes are very creative and they are doing their best. They have to use their songs to build the nation. Some of them are doing that already. This will help to boost our value system in the society. They have to compose songs that will impact the society — something they can pass on to the next generation.