A Yoruba historical conversations which took place on Friday, August 12 at the 10th floor of the popularly known Cocoa House, Dugbe, Ibadan, was organized by the DAWN Commission. The programme started at exactly 11a.m by Mr. Seye Oyeleye who anchored the event. The Director General of the DAWN Commission, Mr Dipo Famakinwa welcomed everyone present and went further to give a brief introduction of the Commission, he said “DAWN means Development Agenda for Western Nigeria, translating that to Yoruba language, it means ‘ajo to duro fun idagbasoke awon ipile iwo orun’. It’s a program management institution for the development of all sates in Western region. It’s not concerned about Oyo state, Ondo State, Lagos State, it thinks about the homeland that houses all these states. That homeland is what we call the Yoruba homeland which has been a blessing to many of us. Now, the agenda of DAWN Commission is purely developmental, it has absolutely nothing to do with politics, it has absolutely nothing to do with any kind of divisive designs”. The Odu’a Group Managing Director, Mr Raji, the Legal Adviser of Odu’a, Mrs Biola Ajayi, Aunty Sade Taiwo, the sole administrator of BCOS, Mr Yanju Adegbite, Professor Richard Olaniyan, Mr Wale Adelaja, baba’s second hand, representative of Professor Tayo Adesina, CEO of Jetheights Services Limited, Mr Ayo Alao, all graced the occasion amongst others. 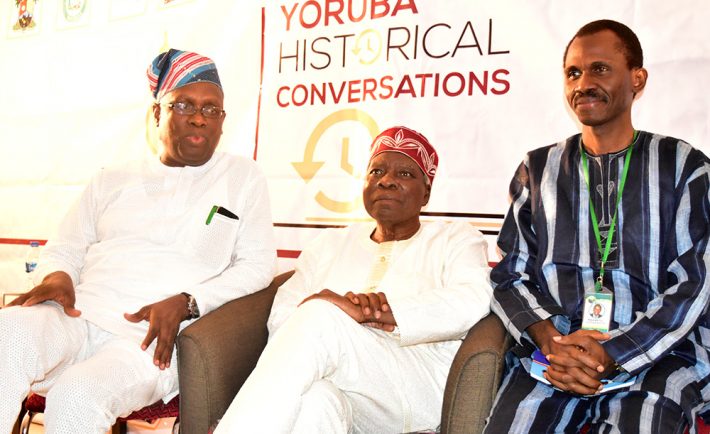 The Guest of Honour for the day was an 81 year old man of great in-depth of wisdom and knowledge; he studied history at the University College Ibadan, where he was awarded PhD in History in 1966 when he became a professor and director of the Institute of African Studies from 1974 to 1977. He also taught African history in the Universities in the United States, Professor Stephen Adebanji Akintoye has authored many books, written chapters in many joint books and commissioned several articles in scholar journals. He took a leading part for some time in the politics of Nigeria, a one-time Student Union president of his school and he also served Nigeria from 1979 to 1983.

Professor Akintoye (Baba) revealed so many historical cultures and assets Yoruba had and built for themselves that an average Yoruba man wouldn’t have known, which have been forgotten and need to be revived in our present day economy. Baba gave a very mind-blowing empowering ‘talk’ which lasted for about an hour, the following are the highlights from his one hour ‘talk’ at the event:

Yorubas had great city walls but the greatest of those walls is what is now in Ijebu Ode, the city wall that is known as the Eredo. Some people did a research on Eredo, in Ijebu Ode city wall and it was reported that Eredo is one of the largest man-made structures on earth, it’s seen from satellites, the amount of earth that was dug out of the Eredo wall was at least a million tonnes of material more than the material that built the great pillars in Eygpt.

Every Yoruba City was surrounded with a wall, built by ourselves, with a very big interior trench so that when an enemy comes to attack, he will first of all have to go into the trench and find his way up, that was how our city walls were built. 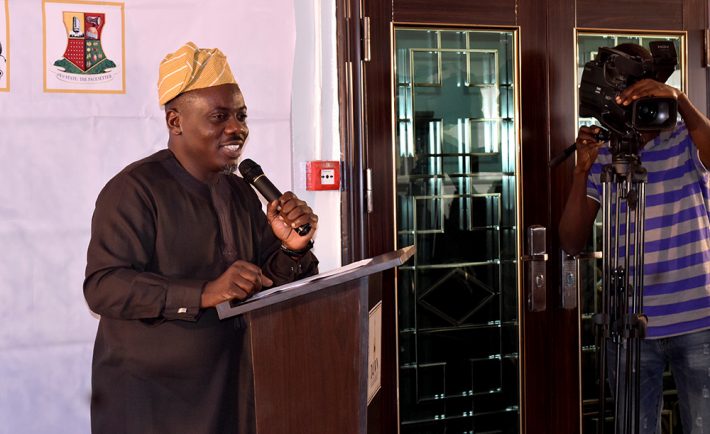 There Are no New Cities in Yoruba Land 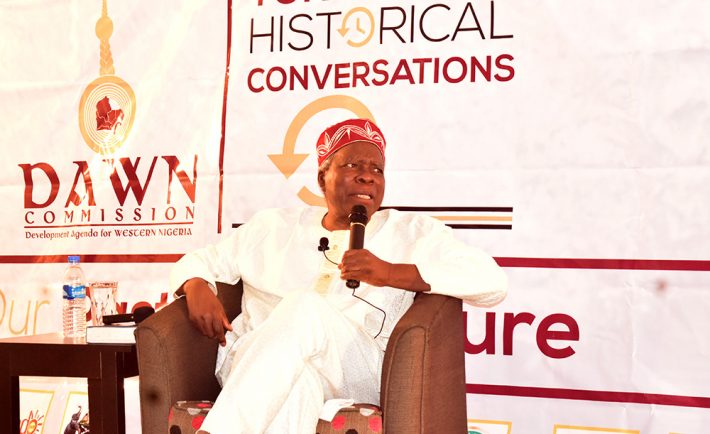 There was nothing like me and my family in our own little house in Yoruba land in every town and city. Our ancestors lived in large family compounds called ‘Agbo–ile’. The Agbo–ile was one large building with different courtyards, sometimes there are as many as 60 families in the large Agbo–ile.

In ancient times when the Yoruba family decides or somebody has prospered and wants to create a compound or whatever, he calls on his relatives and friends and they all go into the woods to source for materials needed to complete the project. He didn’t have to give them any money, just food and maybe palm wine to appreciate them. 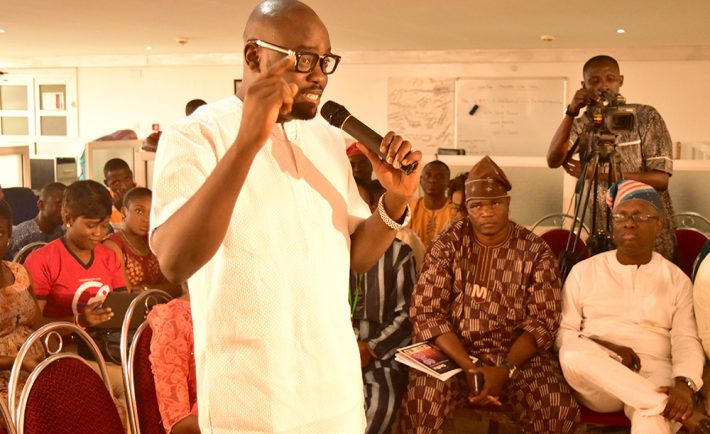 A white man who travelled to a Yoruba land became very sick apparently with malaria, and he was given a medication, called Oshaun (Herbal Concortion), and was he was cured immediately. Yorubas had the desire to help.

Principles of Balance of Power

The king is the ‘balancer’ to prevent abuse of power. Yorubas created the king, the king is the ruler, he’s the ori ade, ikeji orisa. The councils make the laws, but they dare not say they made the law, the king made the law! It was strictly forbidden for the king to make any law himself, if he did that he would be removed from the throne, he had to sit with the councils of chief where they will make the law. There was a beautiful balance of power in Yoruba land, very respectable government.

Yoruba people created a great institution to guide the conducts and behaviour of rulers and chiefs, an institution known as Ogboni. All important people in the society were members of the Ogboni. A group of honest leaders, Iledi is known as the place of meeting, where people were given trial. Ogboni members were known for their surreptitious attribute.  Members were men of integrity. You can’t lie because you are under a powerful oath which prevents you from telling lies, it is openness all the way. 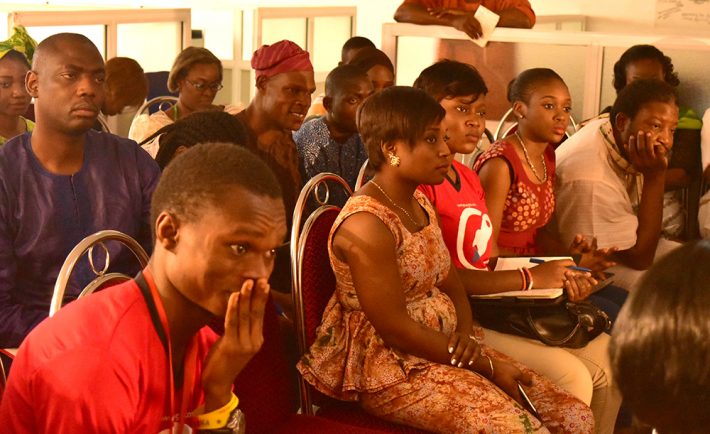 The points highlighted above are just tips of an iceberg, but I believe you must have picked one or two things from this summary on the Yoruba Historical conversations.

Yoruba people shouldn’t forget their source because of civilization, remember, a river that forgets its source will get dry. ‘Separate’ yourself from Nigeria, don’t wait for government to do what you can do yourself, ‘leave’ Nigeria and go your own way. It’s a challenge for Yoruba people to bring out the ‘Yorubaness’ in us. We need to create an expulsion ‘mentality’ as Yoruba people. Look into what Nigeria has not stopped you from doing and how much of it are you doing. Development is going to start from ourselves through diverse spectrum. Sustainability will keep our country stand.

Questions were asked by various individuals present at the event and they were given precise answers by baba.

A visit was taken to the Odu’a Museum and hall of fame, where historical objects and ancient things like Agogo Amo, Ide Owo, Iba Ogun, Ade (Owo Eyo), Ade Oba, Aladoko Masquerade frame, old Television were kept, a 15 minute video clip was also watched on the first Western television in Nigeria created by the Yoruba folks in an enclosed cinema in the Museum. 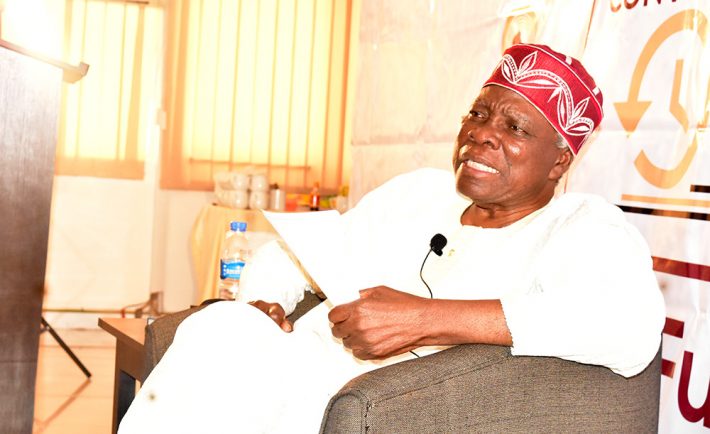 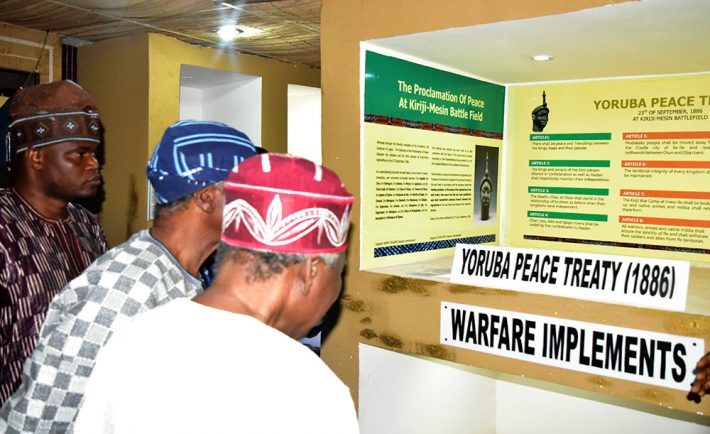 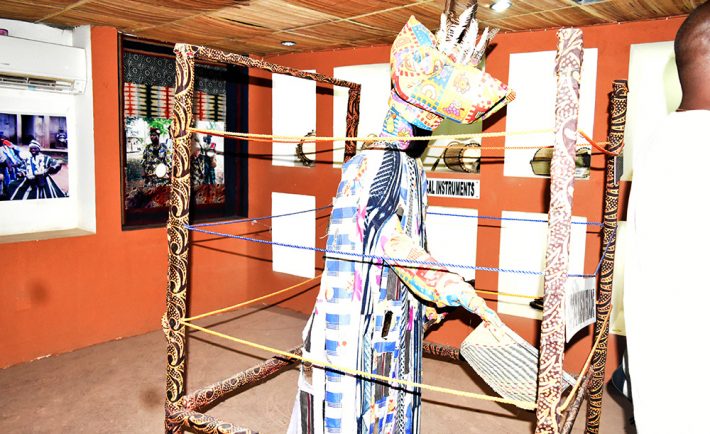 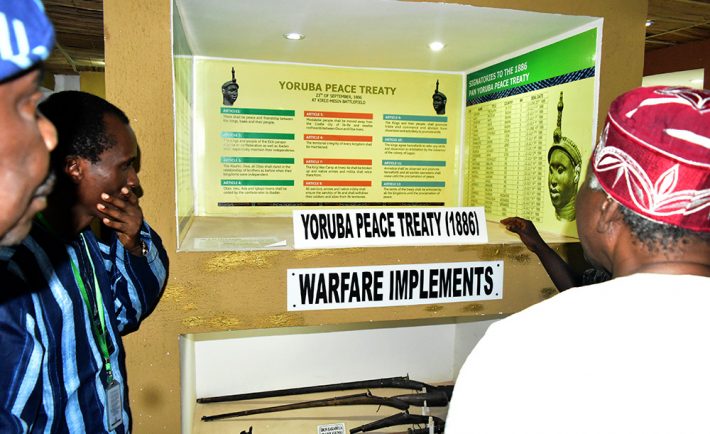 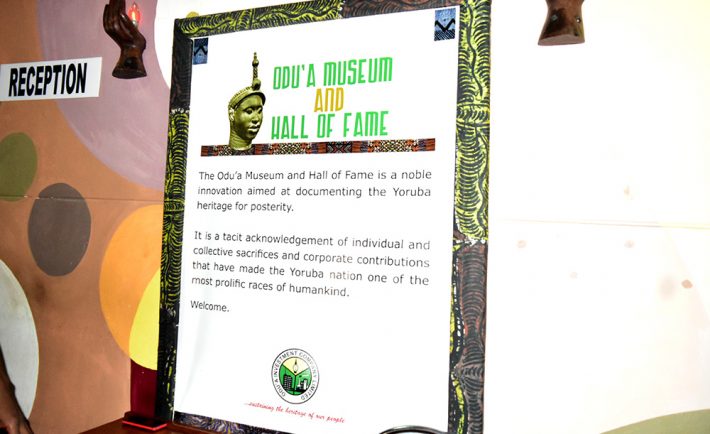 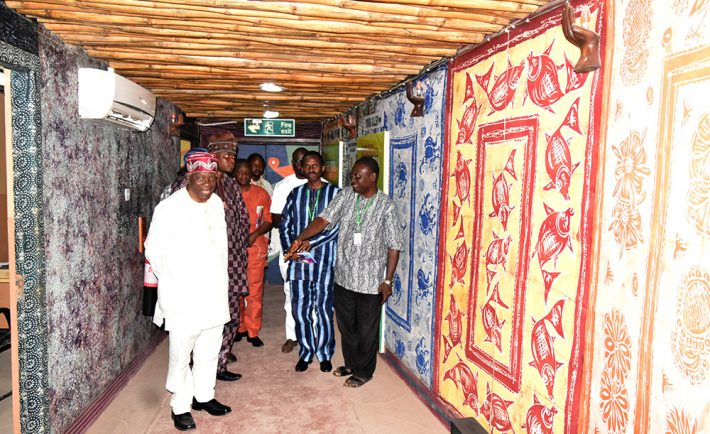 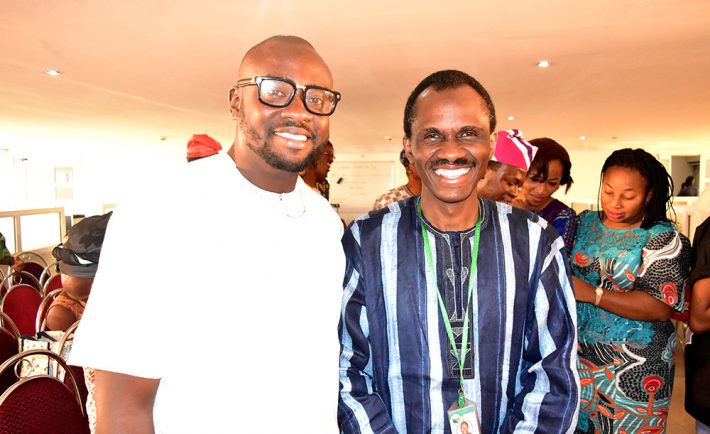 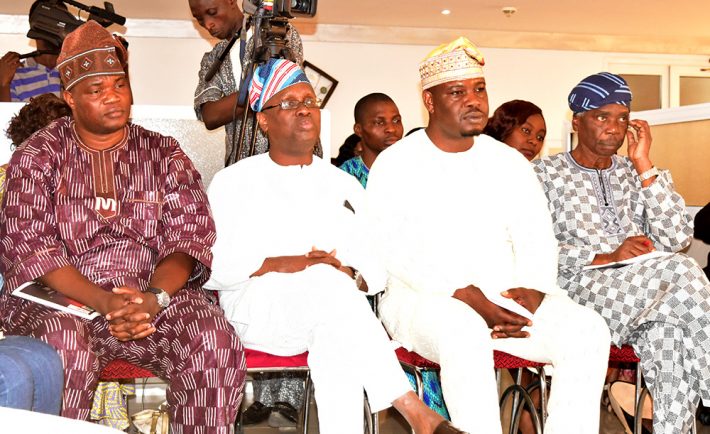 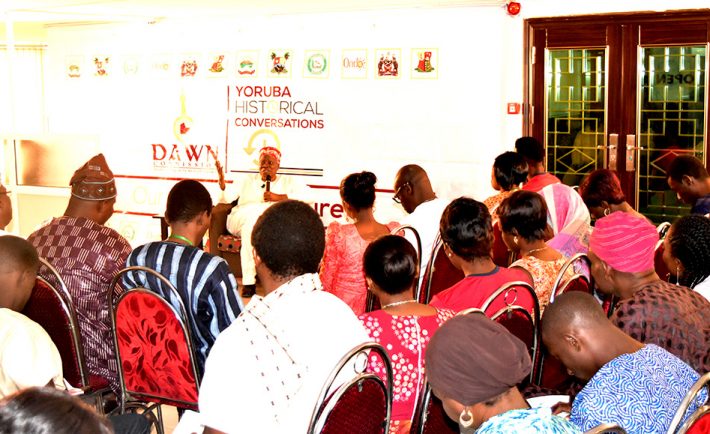 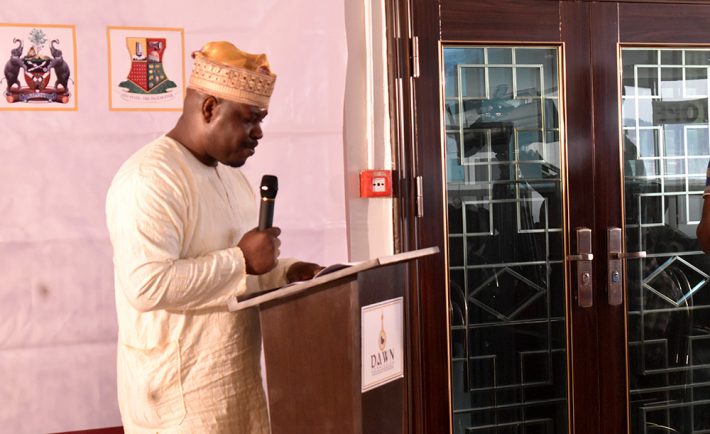 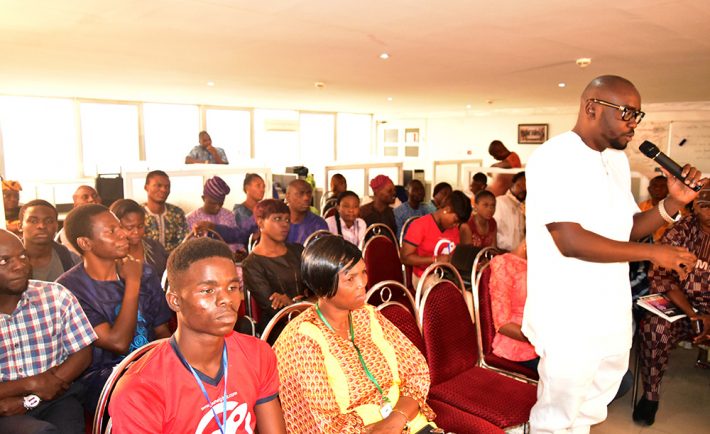 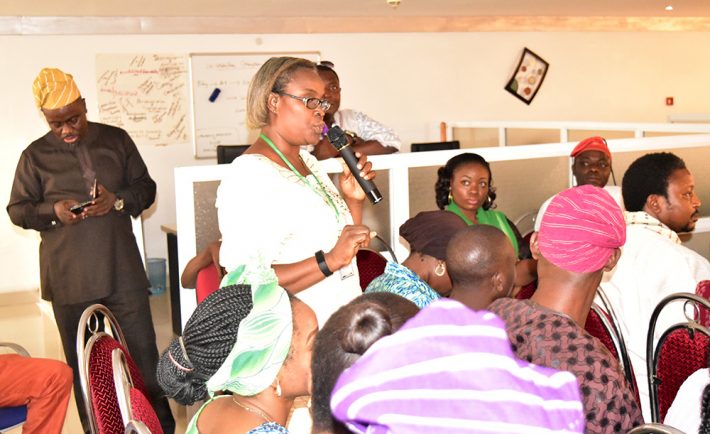