Here’s an interesting historic piece of how a wild elephant was killed by a brave hunter in 1966 after terrorising communities in Abia state. It was disclosed that the elephant was finally killed by hunter known as Okorie Nkata Emetu, who sat on the giant animal after slaying it – to show his prowess. 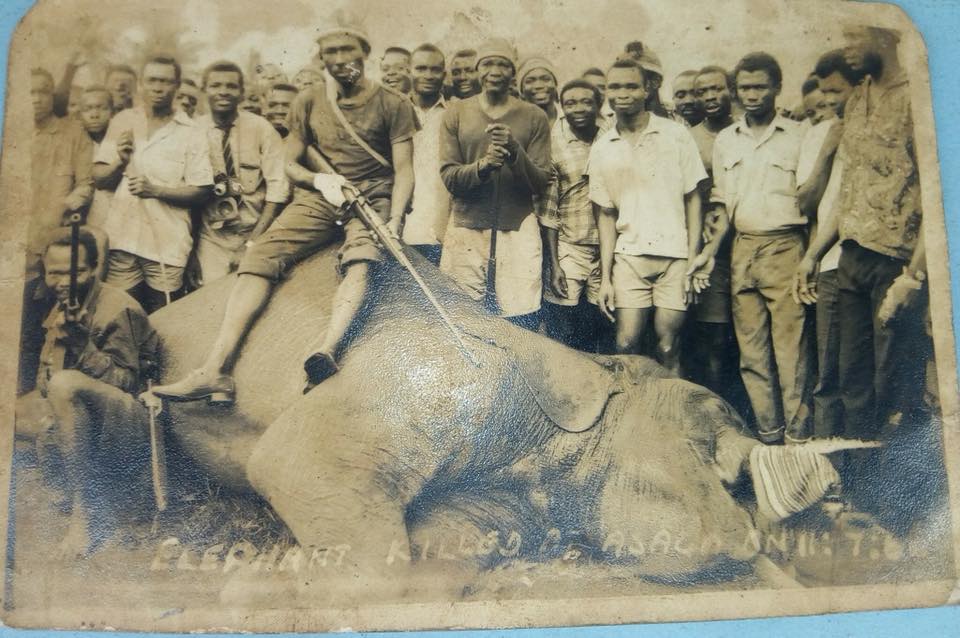 The historic write-up and picture were shared Udumeze Ukwu. Read below;

HISTORY OF A TERRORIST WILD ELEPHANT IN OHAFIA.

History is an important aspect of mans existence.

Around July 1966, there was an elephant that was terrorizing Asaga village and other surrounding villages in Ohafia.

This wild elephant became a nightmare to Ohafia as a whole to the extent that every community were sending their strong hunters to kill this satanic wild elephant.

One of the sons of Amaekpu Chief, The Ezeogo , Late Chief Nkata Emetu , called Okorie Nkata Emetu, was sent by the Ezeogo to hunt the wild elephant down.

Peace returned to Asaga Village and the other surrounding villages as a result of the killing of the wild elephant.

The man sitting on top of the elephant is Okorie Nkata Emetu , the killer of the wild elephant.

This particular picture use to be in every home in Amaekpu.