The official list of candidates to contest in the 2018 governorship election in Ekiti state has been released by INEC.

The Independent National Electoral Commission Election (INEC) has released its official list of all the aspirants that will participate in the Ekiti State governorship election.
The shortlisted candidates emerged from their party’s primaries held ahead of the July 14 gubernatorial election.
The Minister of Mines and Steel Development, Dr. Kayode Fayemi, is the candidate of the All Progressives Congress (APC), while the present deputy governor of the state, Professor Kolapo Olusola, will represent the Peoples Democratic Party (PDP) at the election.
See the full list below: 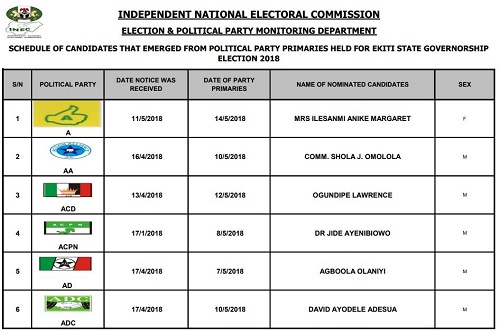 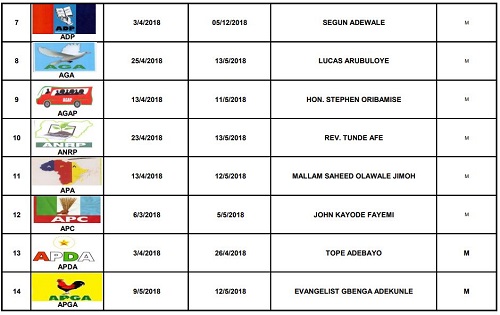 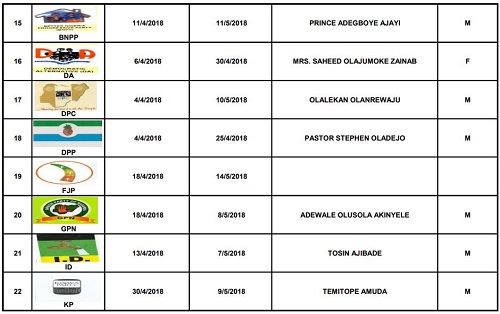 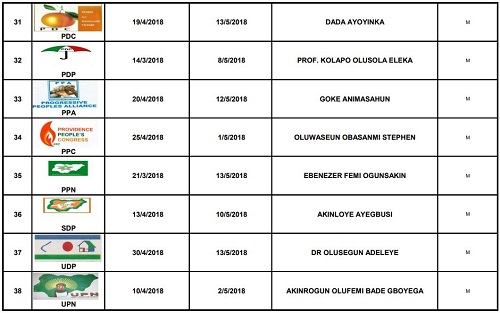