In the wee hours of July 29 1966, Nigeria experienced what is today referred to as one of the bloodiest military coup d’etat in Africa. The first military coup of January 15 1966 which led to the death of many northern leaders has generated controversies which many expected General Aguiyi Ironsi to address but he didn’t.

Ironsi instead promulgated Decree Number 34 of 1966, which abrogated the federal system of government and substituted a unitary system; he argued that the military could only govern in this way. Given the already charged atmosphere, this action reinforced northern fears. It was at the height of northern opposition to unitarism that the countercoup of July 1966 took place 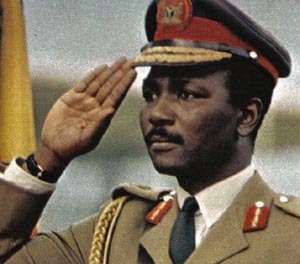 Here are 7 things you should know about the coup:

1. The coup is a fall out of the January 1966 coup which was championed by Easterners and led to the death of many northern leaders.

2. The coup is widely called the 1966 counter coup or July Rematch.

3. It was masterminded by Lt Colonel Murtala Muhammed and many northern military officers.

5. Current Nigeria President, Muhammadu Buhari who was a Lieutenant at 2 Brigade Lagos was also named among the plotters.

6. 42 officers from Eastern Nigeria, more than a hundred non-commissioned officers and thousands of innocent civilians mostly of Eastern Nigeria origin lost their lives as a consequence of this coup.

7. Upon the termination of Ironsi’s government, Lt Colonel Yakubu Gowon was appointed Head of State by the July 1966 coup conspirators.