Kayode Olanrewaju, Nigera forward has declared that the main reason for his new look is his love for Ukrainian club, Shakhtar Donestsk.

Kayode, 25, recently penned a five-year contract with the Miners after spending the second half of the campaign with the club from English Premier League champions, Manchester City. 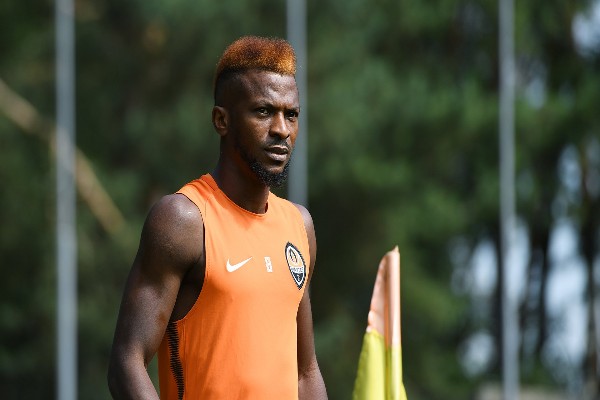 The Nigerian striker dyed his hair in the club’s Orange colour to the amazement of his fans.

‘I’m a member of the Shakhtar family and I represent this club. Orange is our colour, and I really like it.
Of course, everyone was surprised at first, but they liked my style very much!,”Kayode told the club’s official website.

The striker made eight appearances for Shakhtar Donetsk in all competitions during his loan and recorded three goals and one assist.

He also won the League and and FA Cup titles with the club.