With June 12 being marked today, we remember the events that occurred around the annulment of the most free and fair elections ever held in Nigeria.
Today we are looking back at the infamous hit man of General Sani Abacha, Sergeant Barnabas Jabila aka Sergeant Rogers.
Now said to be a pastor, Sergeant Rogers was involved in the assassination of the wife of Moshood Abiola, Kudirat Abiola on the 9th of June 1996. He was a member of the Strike Force and Presidential Body Guard believed to be a death squad under the command of Major Hamza Al-Mustapha, a trusted ally and the Chief Security Officer to late General Sani Abacha. 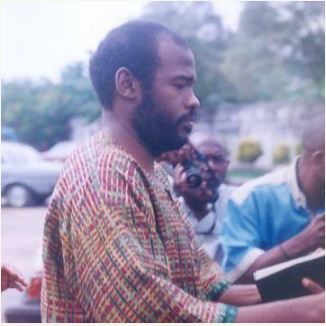 During the Human Rights Violation and Investigation Commission proceedings, he was called to bear defend himself against the petitions written against him. Accounts from the commission indicate he believed he was carrying out orders in the belief he was protecting the interest of the Country.
He was let go and was readmitted back into the Nigerian Army till 2009 when he was involved in an accident that affected his spinal cord.
During the dark days our dear country faced, Sgt Rogers held sway alongside several others serving the late General Abacha. Their reign was a reign of terror and it is sad that after the crimes committed, not a single person has been held to account for the roles they played.
Those who died for our democracy or were maimed deserve better than what has happened and while it could be argued that Sgt Rogers was merely carrying out orders, he should be held culpable as an accessory to the murder of innocent people.
As we approach June 12, we should remind ourselves every day the sacrifices made, for us to have democracy and ensure that never again will we be held captives within our own country.
Loading...