The six governors of the South-West region, under the auspices of the Western Nigerian Governors Forum, has formally admitted Lagos State into the Odu’a Investment Company Limited with a total of 115 million shares thus growing the share equity of the company to 690 million.

The governors – Akinwunmi Ambode (Lagos), Rauf Aregbesola (Osun), Abiola Ajimobi (Oyo), Rotimi Akeredolu (Ondo) and Ibikunle Amosun (Ogun), in a communiqué issued at the end of a two-day quarterly meeting in Ikeja, also ratified a document allowing Lagos to acquire land in their respective states for rice cultivation and production.

They resolved to embark on a Rice Accelerated Programme for Integrated Development (Western RAPID) to consolidate actions on food security and job creation in the region. They agreed that a regional agriculture summit, to be sponsored by Lagos State, would be held in Ibadan, Oyo State, in May 2018.

The forum, which is being coordinated through the Development Agenda for Western Nigeria (DAWN) Commission, also said it would monitor the concession of the Murtala Muhammed International Airport.

Below is a copy of the communique: 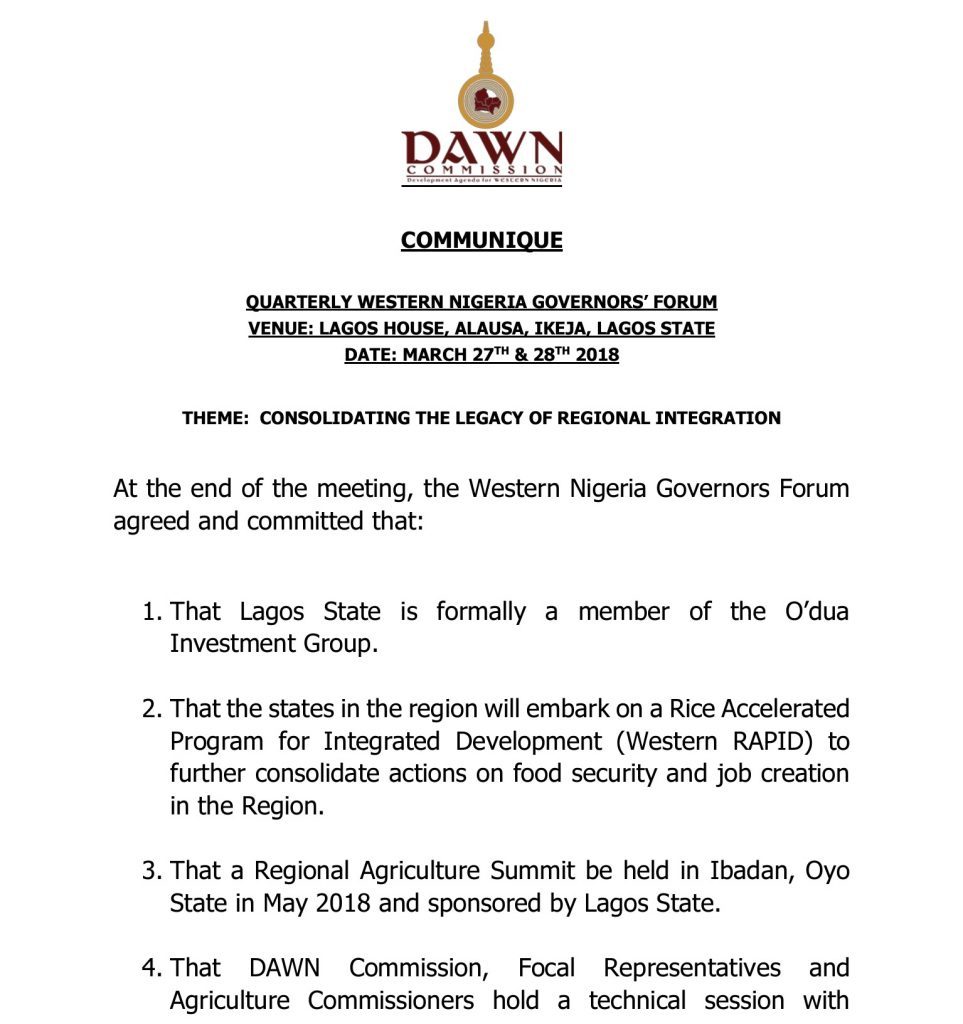 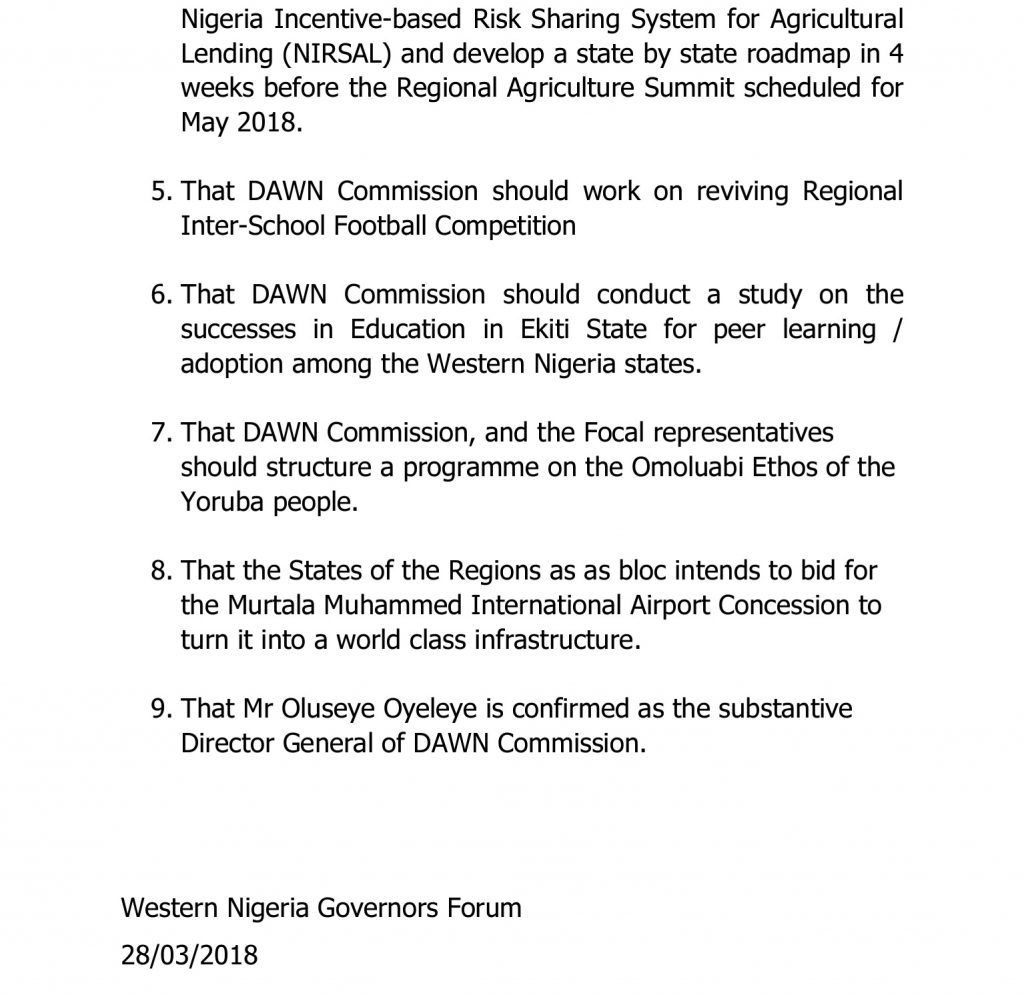