Kehinde Wiley was born February 28, 1977 in Los Angeles, California, U.S. He is an American artist best known for portraits that feature African Americans in the traditional settings of Old Master paintings. 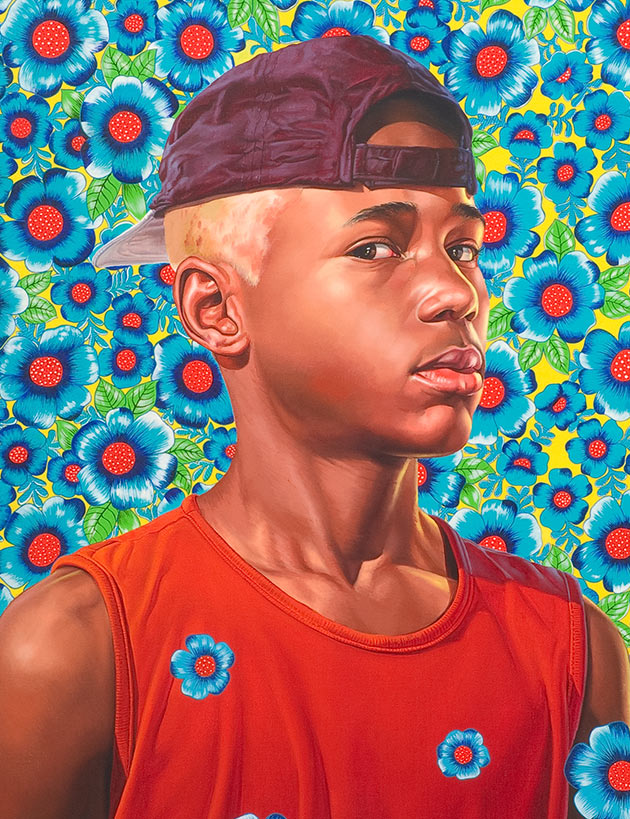 In the series Rumors of War (2005), Wiley displaced heroic equestrians, painted by such court painters as Diego Velázquez and Peter Paul Rubens, with contemporary men in team jerseys and Timberland boots, but he kept the original portraits’ titles. In Down (2008) grand-scale figures simulated the prone postures displayed in such works as Hans Holbein the Younger’s The Dead Christ in the Tomb and Auguste Clésinger’s Woman Bitten by a Serpent. Throughout, Wiley relied on random encounters—“street casting”—to find his models, who went to his studio to select a pose and be photographed. Wiley’s assistants applied the elaborately patterned backgrounds, but Wiley always painted the figure, following the conventional hierarchy of a historic atelier. The World Stage paintings, launched in Beijing in 2006, took his practice to Nigeria and Senegal (2008), Brazil (2009), India and Sri Lanka (2010), Israel (2011), France (2012), Jamaica (2013), and Haiti (2014). Wiley added women to his repertoire in the 2012 series An Economy of Grace, commissioning costumes from Riccardo Tisci, creative director of the French fashion house Givenchy.

In 2015 Wiley collaborated with the Brooklyn Museum of Art to organize the exhibition “Kehinde Wiley: A New Republic,” which charted the course of his 14-year career. In works that questioned the cultural narrative of the Western art canon, Wiley replaced conventional images of white men of historical status with contemporary men of colour who simulated the poses of the original masterworks. Wiley reconceptualized specific paintings by such Old Masters as Titian, Sir Anthony van Dyck, and Édouard Manet with likenesses of black men who figured prominently amid his decorative backgrounds. His impeccably refined technique and ironic yet intellectual interpretation skewed high-art traditions while giving them new significance. 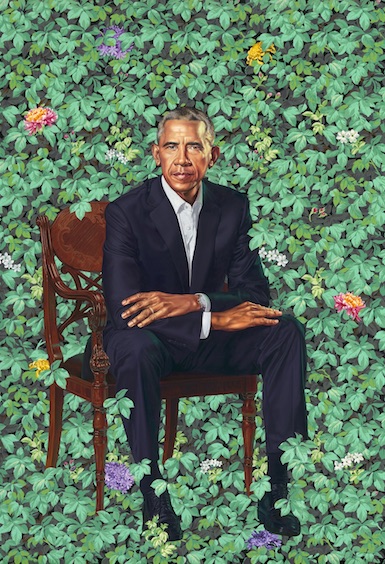 In 2015 Wiley was the recipient of the 2014 National Medal of Arts. Two years later former president Barack Obama selected Wiley to paint his official portrait for the Smithsonian’s National Portrait Gallery. The painting revealed a mixture of convention and invention when it was unveiled in 2018. Obama, wearing a traditional black suit, sits forward on a mahogany chair with a determined expression on his face and his elbows on his knees. The figure is set against a riotous pattern, but, unlike Wiley’s other portraits, the motif is more subdued with leafy greens and flowers symbolizing Kenya, Hawaii, and Chicago. The portrait was the first representation of an African American and first painting by an African American in the presidential portrait collection.

This is what I would typically call ‘Art In Nature’.