At the time, Nigerian-born Chinedu was a hedge fund manager and frustrated New York City resident lost in a vast bus and subway system and it was his desire to fix the dilemma of figuring out how to get from point A to point B using public transit led to his invention. 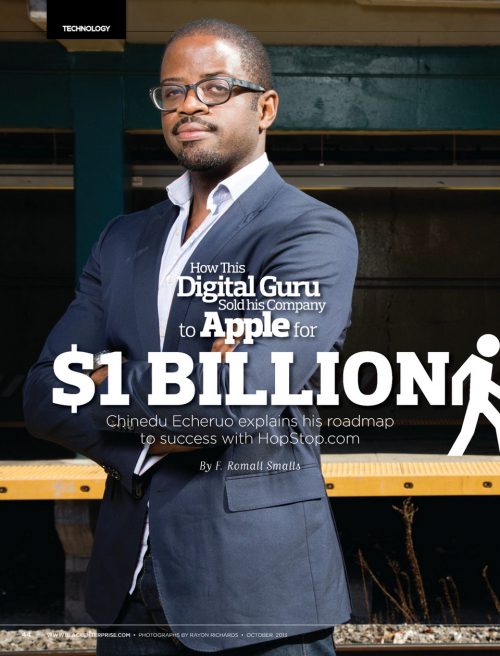 Launched in 2005, HopShop distinguished itself as a perennial innovator in the burgeoning location-based service market with not only its popular online and mobile websites, but also its industry-leading mobile applications for both iOS and Android, covering more than 300 cities throughout the US, Canada, Europe, and the United Kingdom.

HopStop was sold to Apple Inc. in 2009, for what some analysts estimate to be $1 billion (Chinedu is not at liberty to reveal details of the acquisition due to a non-disclosure agreement).

Apple’s acquisition of HopStop is believed to have helped bolster the hardware company’s software mapping tools.

However, his advice to entrepreneurs is not to be seduced by the idea that you should create a startup with the express intent of selling it quickly. “Focus in on the customer. Know what they need and how their needs are evolving over time. Adjust the product and make sure the customer is always happy,” he told Black Enterprise.