In Yorubaland in  the olden days, there were different occupations practiced by the people of this tribe. Some were meant for men while the less strenous jobs were left for the women. “Ise owo” is the regular term used by these people to describe an individual’s  profession. In Yoruba land, a man without an occupation or profession is often regarded as “ole” a lazy person. On the other hand for women , some of them worked while some stayed at home to look after the children, although they choose to stay at home they were mostly involved in trading or other occupations that wont require them leaving the home. 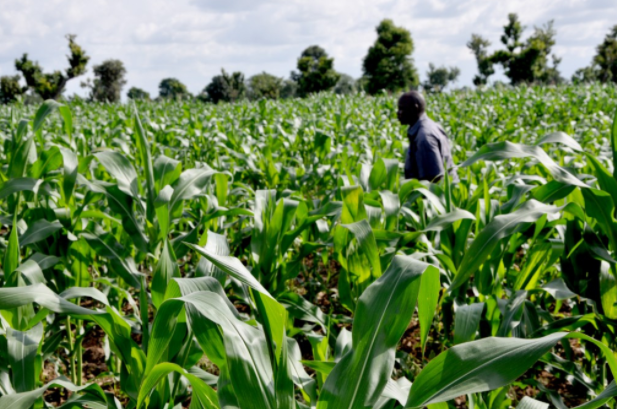 Of all the occupations in Yorubaland, farming is the most practiced and sometimes profitable. Farming is mostly practiced by the Yoruba men. Wives and children are used as laborers on the farm, thus resulting to the polygamous lives of many farmers in Yorubaland. They marry up to like three or four and some even go above six wives in order to have many children that will provide labour on farms. A small population of the farmers hire paid laborers. Farmers are rich and well respected in the Yoruba society. 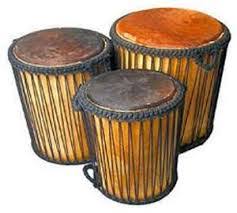 Palm wine tapping is also another widely practiced occupation or profession among the Yorubas. They are called “ademu” or “adaemu” which is translated as “palm wine tapper in English. The palm wine (Emu) being tapped will be delivered to people in exchange for money. Palm wine is an important drink among the Yorubas. They cherish, love and adore it to the extent that it somehow became sacred and irresistible. Many gallons of palm wine are purchased for gatherings, ceremonies and festivals in Yorubaland. The “ademu” can also decided to build a shed where people can buy and drink palm wine. 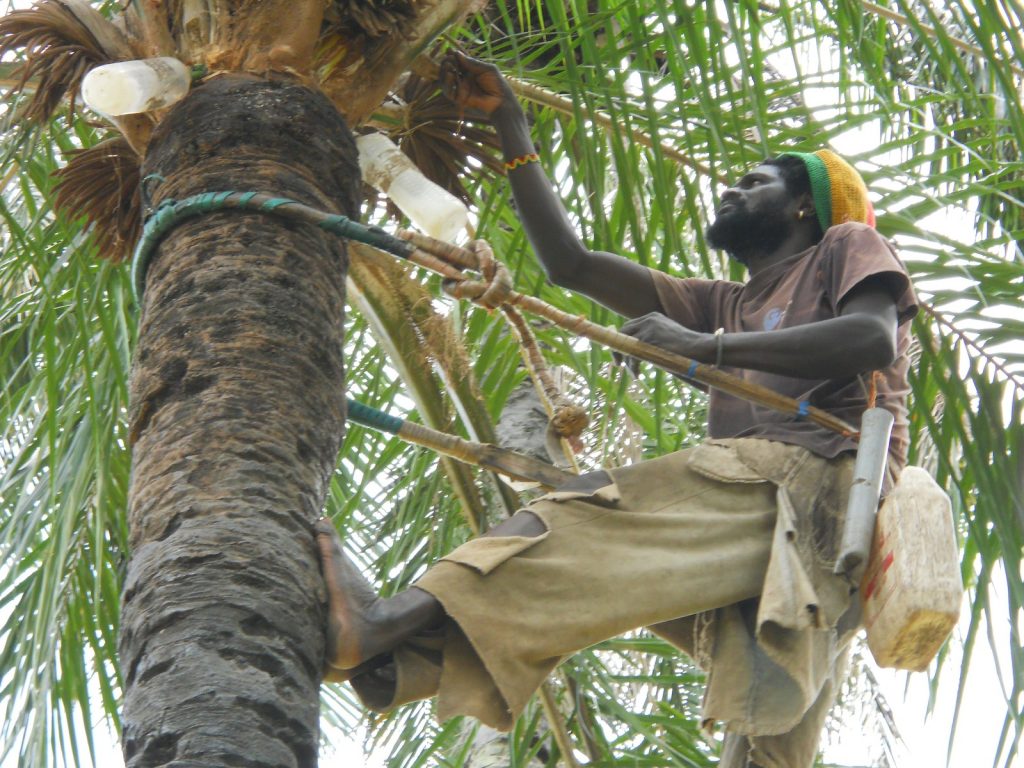 Another widely practiced occupation in Yorubaland is blacksmithing (Agbede). This profession requires patience and extra strength to produce best results, this has thus make it hard and almost impossible to find a female blacksmith in Yorubaland. As said earlier on, the difficult and stressful occupations in yorubaland are meant for men. Blacksmiths (Alagbede) produce weapons for their community to protect itself from external attacks and wars, they also produce cutlass, hoes and other implements for farming. All blacksmiths in Yorubaland are referred to as “Omo Ogun”, which means “Son of Ogun (Ogun is the Yoruba god of iron), because of their constant usage of Iron. 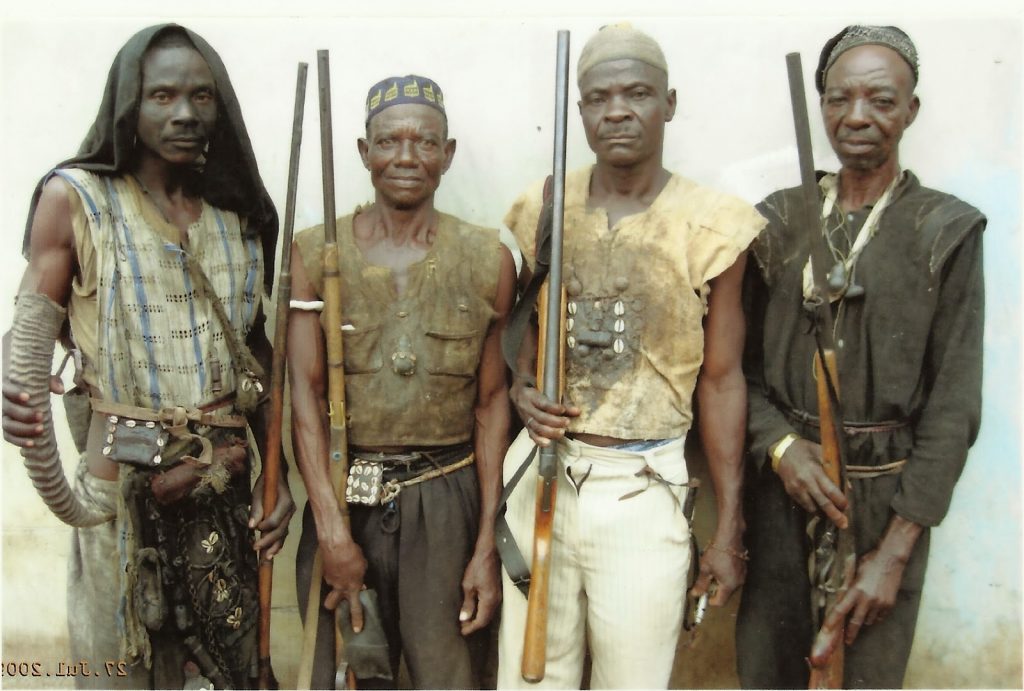 Hunting is also common among the Yoruba men, hunters are well respected in the community for risking their lives to provide meat for the community. Hunters face a lot of trouble in the forest. Many accounts have testified to strange things hunters encounter in the forest, like a talking antelope, demons and forest spirits. Certain rites are performed after an hunter kills an animal to ward off any evil that could befall him, his family and community. Hunters, called “Ode” in Yorubaland, and their families feed on the meat they killed and the remaining will be sold at the market by their wives and children.
The occupations of Yoruba people will remain incomplete if fishing is not mentioned. This occupation is widely practiced in Yorubaland, but fishermen can only be found in communities with seas, rivers or lakes. Wood carving is another important occupation, idols used as deities in the shrine are carved by experts in the profession, they are called “Gbena Gbena”. Palace decoration are mostly wooden objects carved by sculptors, the rest which is about 40% are from animals skin and iron. Masquerade (Egun) is another profession in Yorubaland. It is believed to be a spiritual semi-occupation because it involves spiritual possession, people dress in scary masquerade clothes or costumes called “Eku” and dance to the sound of special drumming in form of ancestral spirits.

Poets, known as Akewi, are also found in the yoruba society. The akewis are paid to recite their ewi (poetry) in ceremonies such as marriage, naming ceremony, festivals and so on. The akewis also work in the place to render the king’s panegyric. Other occupations include, drumming (Ayan), native doctor (Awo), and so on.
Among Yoruba women, pottery, weaving, dying, hairdressing, trading and so on are practiced.