Cartoon has always been a thrill for children and even some of the adults. Google therefore chose artist from all over to represent football game in animation.

In a attempt to celebrate the rich football culture of all 32 countries participating in the tournament, Google picked artists from each nation and tasked them with illustrating what football looks like in their locality. Nigeria is represented by Yinfaowei Harrison and Ifesinachi Orjiekwe. 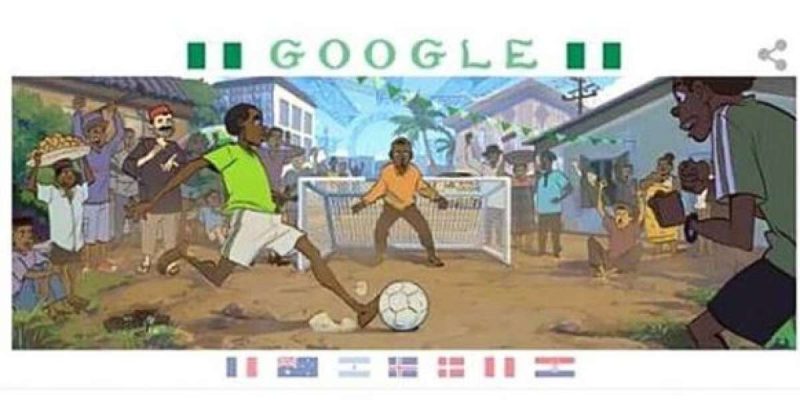 Yinfaowei Harrison is a freelance colourist and concept artist, who discovered illustrations in the ’90s watching old Cartoon Network shows like Action Man, Max Steel, Batman and Kamen Rider. According to Harrison, these shows led him to become the self-taught digital artist he is today.

Ifesinachi Orjiekwe, Harrison’s friend and frequent collaborator, is a comic illustrator and a storyboard artist. Like Harrison, Ifesinachi also discovered his love for illustrations while watching cartoons as a kid. According to Orjiekwe, his dream is to one day make his own animated TV show. 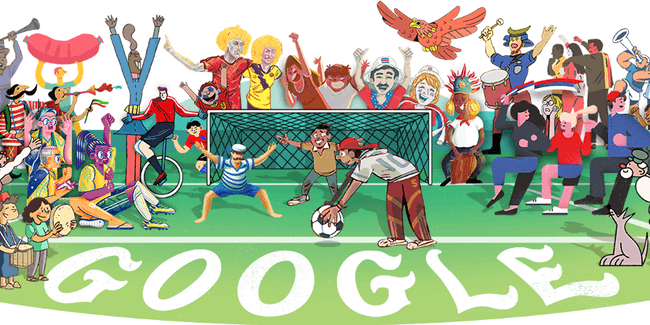 For their contribution to the Doodle series, the talented artists decided to focus on the joy of those that play on the street — from the makeshift pitches to the passionate spectators — which is a massive part of the football culture in the country, especially for young Nigerians.

Speaking with Google about what football means to Nigerians, Orijekwe and Harrison said:

Football is one game that can bring all tribes in Nigeria together under one roof. So it’s not just a game but a force that brings love into the nation.