In 1974, the portrait of an imperial princess of Ife, Adetutu Ademiluyi, known as Tutu was painted by Nigerian artist, Ben Enwonwu, who made three forms of the composition.

Every one of the artworks were viewed as lost until Giles Peppiatt, chief of present day and contemporary African Arts at Bonhams auction house, discovered one at the home of a family in London before the end of last year.

Tutu’s representation was first painted in 1973 and stayed in Ben’s studio until the point when his passing in 1994 when it all of a sudden disappeared. 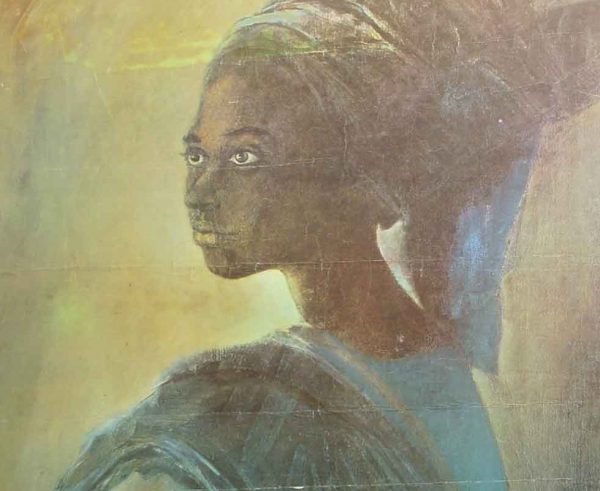 “When I wound up at this normal, modest apartment in north London, it was quite a shock. I immediately was as sure as I could be that this was the lost picture that people had been talking about and looking for. This is probably the most famous painting to come out of Africa. People have been referring to it as the ‘African Mona Lisa,’ and I wouldn’t challenge that,” Peppiatt said, revealing how he found the painting.

The owners, who want to be anonymous, inherited the painting from their father and never knew it was an original until its authenticity was confirmed.

“Tutu” will lead Bonhams’ “Africa Now” auction in London on Feb. 28, and the painting is expected to bring in as much as 300,000 British pounds, or more than $410,000, which would be a record sum for a modern Nigerian painting. The event will be broadcast live in Lagos, and bidders will be able to participate in real time.