The federal government has banned the importation and production of codeine-containing cough syrups in the country.

This directive follows a documentary by BBC Africa through its BBCAfricaEye unit on Nigeria’s fast-rising codeine addiction.

According to Newsmen, a statement issued on Tuesday by the Federal Ministry of Health said that the minister Professor Isaac Adewole gave the directive to the National Agency for Food and Drug Administration and Control (NAFDAC) in his office on Tuesday.

Sahara Reporters reports that the minister also directed that Codeine containing cough syrups should be replaced with dextromethorphan which is less addictive.

The statement read in part:

We had an emergency meeting with NAFDAC and the Pharmaceutical Manufacturers Group (PMGMAN) to inform them that there is an embargo on all new applications for registration of codeine-containing cough syrups as well as applications for renewal has been abolished.

NAFDAC was directed to fully regulate and control the manufacturing, distribution and sale of drugs, including inspection at points of entry of drugs, drug products and food for compliance with the new directive.

The Pharmacists Council of Nigeria (PCN) was also directed to continue enforcement activities on Pharmacies, Patent and Proprietary Medicine Vendor’s Shops and outlets throughout the country.

Furthermore, these agencies shall work together to increase pharmacovigilance around codeine, tramadol and other related substances of abuse.

Already, NAFDAC has developed IEC materials that will be used in an already planned national campaign against drug abuse, an awareness programme that includes Young Pharmacists Group of the Pharmaceutical Society of Nigeria. This will soon be flagged off in Kano and Lagos.

In the documentary, a staff of Emzor Pharmaceutical illegally sold 60 bottles of codeine syrup to undercover journalists. Emzor later fired the staff and released the following statement: 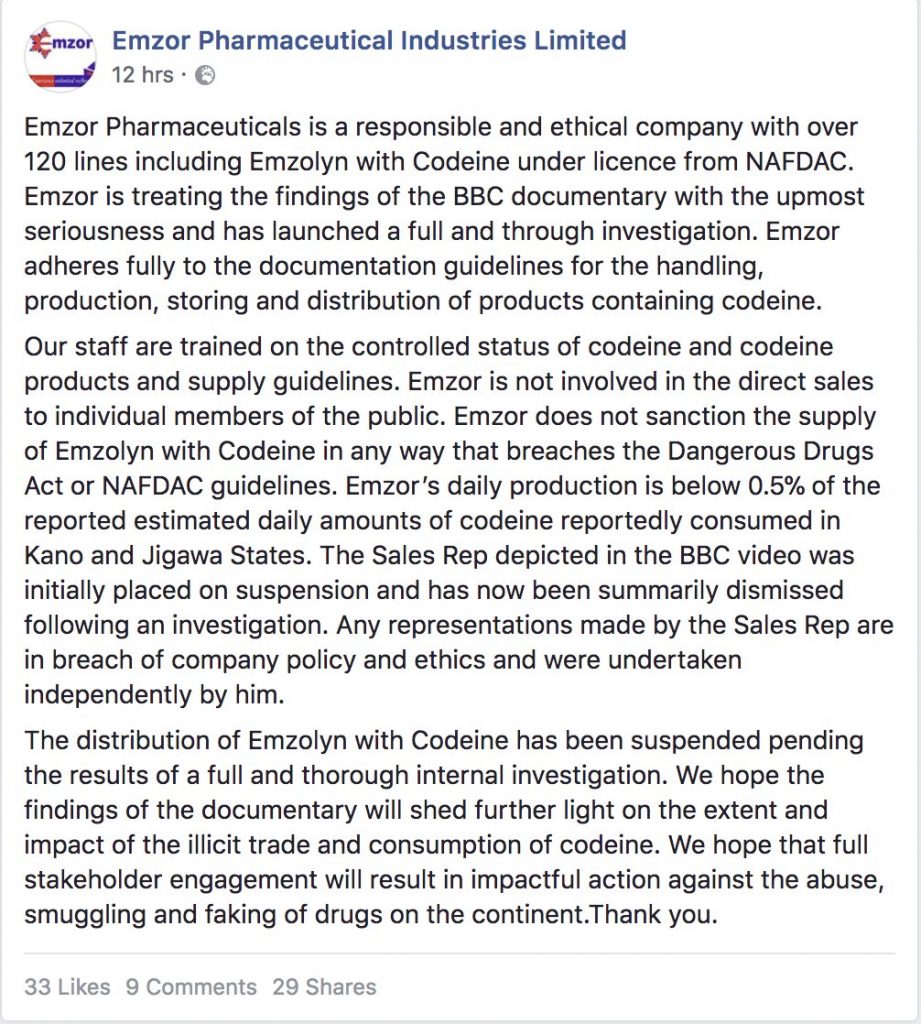 Another staff of a different pharmaceutical company Bioraj also sold syrup to journalists, believing they were syrup dealers. 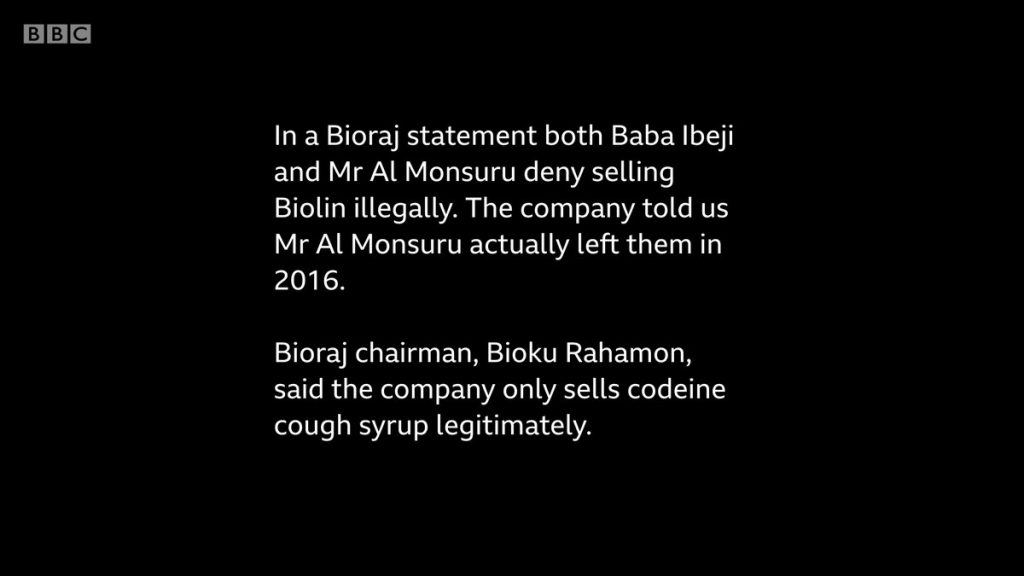 Wife of the president Aisha Buhari had also lamented the fast-rising drug addiction following the documentary: 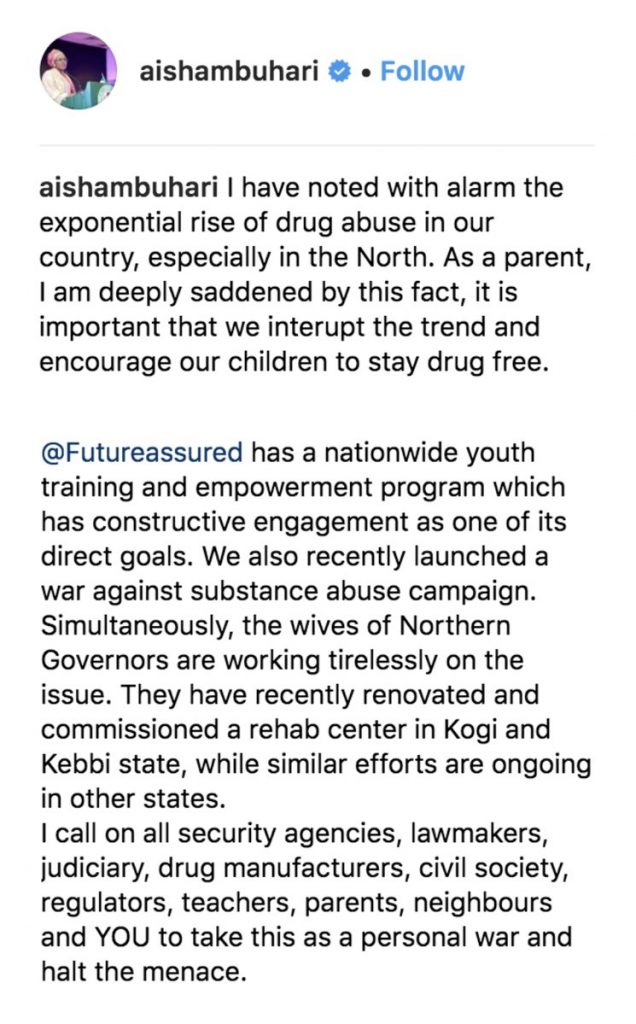