Super Eagles Manager, Gernot Rohr has announced his starting lineup for the team’s crucial World Cup match against the Albiceleste of Argentina on Tuesday. 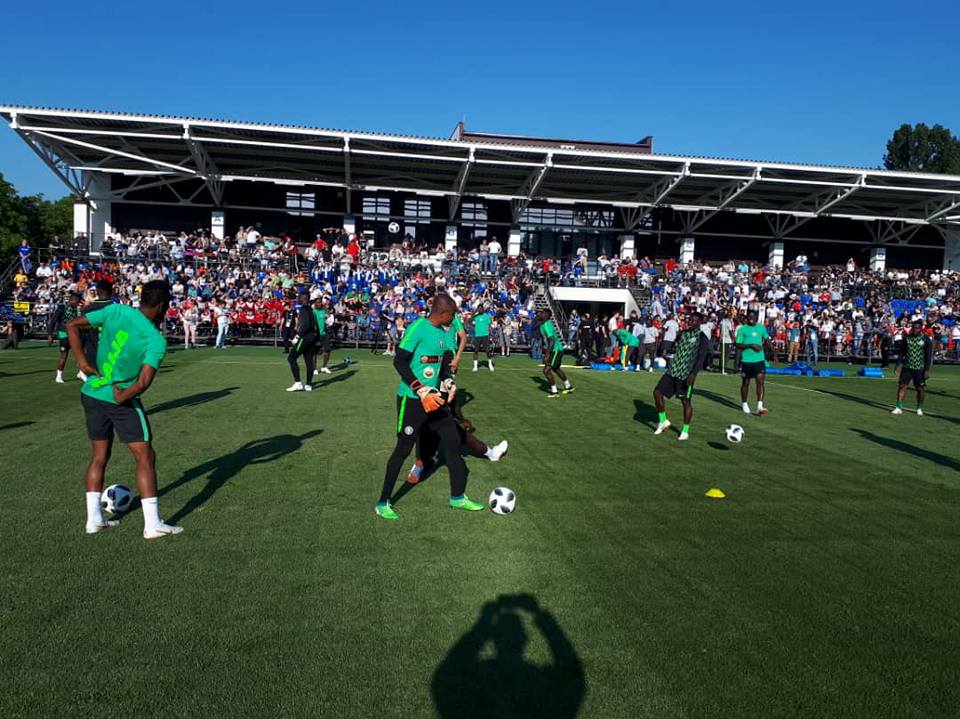 The German has decided to stick with the same 3-5-2 formation that was used against Iceland last Friday.

There are no personnel changes as Deportivo de La Coruña goalkeeper, Francis Uzoho will start the biggest game of his career against Lionel Messi and others.

Kenneth Omeruo, who did well in the air against Iceland, William Troost-Ekong and Leon Balogun are lined up against Messi.

While Mikel maintains his defensive midfield role, Victor Moses will take up defensive duties and that is the case.

Brian Idowu is preferred ahead of Tyronne Ebuehi once again. Oghenekaro Etebo and Wilfred Ndidi will complete the five-man midfield, meaning Arsenal starlet, Alex Iwobi starts on the bench.

Nigeria’s top scorer in World Cup history, Ahmed Musa gets the nod up-front and he will be assisted by Leicester City teammate, Kelechi Iheanacho.